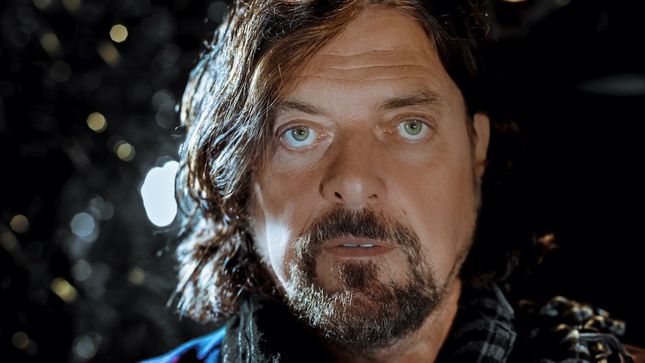 He’s worked with the Beatles on Abbey Road and Let It Be and he engineered on a little record called Dark Side Of The Moon, but Alan Parsons should best be lauded for transforming the producer into an artist, through his band in the late ‘70s and ‘80s, The Alan Parsons Project, selling an insane amount of records, three of them going platinum in the US.

Now the man is back with his first record in 15 years, The Secret, on Frontiers Records, billed simply as Alan Parsons, although in time-honoured fashion, nothing is simple about this album. First off however, this might be the quietest record ever talked about at Bravewords.com, but as is our mandate, we are all about keeping up with the classic rock guys, and metal fans of a certain vintage most definitely took to the dystopian yet melodic feel of those big Alan Parsons Project albums.

On the subject of links between The Secret and that fine legacy, Alan figures, “I think it’s a return to the basic style of The Alan Parsons Project. I’ve applied some of the trademarks from the past. It’s heavily orchestrated, big productions, some really good songs, some really good guest appearances from a number of luminaries in the business that I’m very proud of. And yeah, it’s definitely a return to the past, in terms of production style.”

And so that would include interesting chord changes, a bit of darkness, some elements of the chromatic, one would imagine?

“All of the above, I would say (laughs). I like interesting changes and time signatures; I like modulations and key changes. But yeah, I’m all for being a little bit different when I can.”

One of those cameos is by a name near and dear to the hearts of classic rock fans, Lou Gramm of Foreigner fame. “I just felt he was the perfect voice for the song, which I co-wrote with a good friend who is best known for his work with Tower of Power. The guitar player in my live band, Jeff Kollman, introduced us by phone, by email, and I sent him the song and thankfully he loved it, and he said, ‘Yeah, I’d be glad to sing on your album.’ We booked a studio in New York State and we set to work and that’s how it came out. It was great. I’m still yet to meet him (laughs). And I knew Mick Jones because we both had sons at the same school in London back in the ‘80s.”

“It was fairly plain sailing, this album,” continues Parsons. “We had a number of technical demands from recording some of the vocal tracks at a distance. We were at the mercy of internet speed sometimes and we were getting dropouts and stuff like that. But it really is becoming a realistic thing to record at a distance. I recorded Lou Gramm and Jason Mraz at a completely different location to where I was hearing them. So that was a challenge. But, you know, everything’s getting better technology-wise in terms of Internet recording. I’m sure there’ll be more of that kind of thing.” 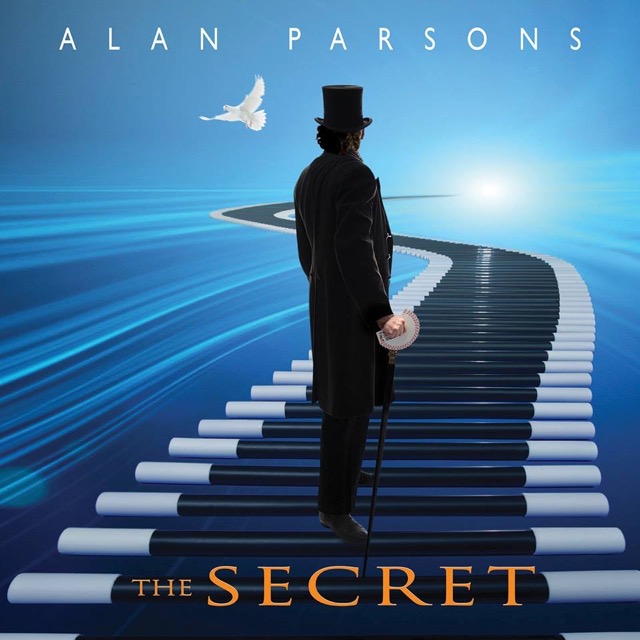 Lou is on a track called “Sometimes” and Jason, on “Miracle.” Says Alan, “I’m very keen on ‘Miracle.’ It’s already out there as a single, and it’s getting a lot of really good reaction. Probably because Jason is a much more contemporary artist, and I think we’re getting exposure to his audience, and therefore a younger audience, which is great. There is going to be another single before the album is released, which is called ‘I Can’t Get There From Here,’ and that’s being shot mostly here in Santa Barbara, but includes footage from an upcoming movie called 5/25/77, which is the date that Star Wars was released. The movie’s a biopic about the guy who is directing this video; it’s about his experience with movie sound.”

Perhaps the most interesting—or at least amusing—composition on the album is something called “One Note Symphony,” which Alan says, “is all about the thing called the human frequency, which is 7.83 Hz, and considered to be a frequency that dominates the universe. You’ll have to look it up (laughs).”

As well, Alan himself sings on “As Light Falls”. “I felt confident enough to do one song, a song I collaborated on with a guitar player in the band; his name is Dan Tracey. We put the song together and he maintained that it was the perfect, perfect style and perfect range for me to do a vocal. So that’s what we did. It’s the first time I’ve sung a full lead vocal on an album.”

An extra link to the past, however, comes with Ian Bairnson. “Yes, he graciously agreed to do two solos on this album. It’s been some time since we saw each other. Again, done at a distance. He did two solos, one on ‘I Can’t Get Here from Here’ and another one by P.J. Olsson, who is a singer in the band, that’s called ‘Beyond the Years of Glory.’ And I’m delighted that we could have a little mini reunion with Ian. It’s nice.”

We’d be remiss if we didn’t ask Alan for a comment on working with Pink Floyd, which, after all might be his biggest claim to fame. “Yes, and I mean, being an engineer for Pink Floyd was arguably the biggest challenge I ever gave myself. They’re so sound-oriented; they used the studio to the absolute maximum. So it was a big challenge as an engineer. But I think I learned a bit, and I think they learned from me as well (laughs). It was a really good team effort overall.”

Asked where he got to apply some personal touches to Dark Side Of The Moon, he says, “There were a few specific instances where I injected some, you know, ideas. I suggested the clocks on ‘Time,’ which I had previously recorded in a local antique shop. I suggested calling up Clare Torry to sing ‘Great Gig in the Sky,’ and they were unacquainted with her. A couple of things. The footsteps on the intro to ‘On the Run.’ That was me and my assistant engineer, Pete James pacing the floor at #2 studio at Abbey Road.”

As for the Beatles, Alan says of George Martin and Geoff Emerick, “They were both mentors to me. I mean, Geoff Emerick is an amazing engineer, of course, and George, I consider that probably I, to a certain extent, modelled myself on him. Because he commanded enormous respect from every artist he worked with and he respected them back, and so that’s why he was the perfect inspiration.”