CANDLEMASS Leader Leif Edling - “We Keep Bouncing Back Like The Cockroaches Of The Metal World!”

I think most were a bit dumbfounded when Swedish doom metal legends Candlemass were nominated for a Grammy and longtime bassist Leif Edling thought it was a bad joke. But it seems to be a sign of the times, mainstream media is finally understanding this genre that has seemingly been kept under lock and key by the fans who have spent their lifetimes soaking in all the beauty. As long as you don’t take the piss out of it, you are welcome into the club. But to get into the nitty gritty of all things wonderfully heavy, it is quite fascinating that the band’s latest album, The Door To Doom, sees the return of singer Johan Längqvist who only sang on the band’s game-changing 1986 debut, Epicus Doomicus Metallicus. But the album was a feather in their cap by the man credited as pretty much creating the metal genre - Black Sabbath’s Tony Iommi - makes an appearance on the song "Astorolus - The Great Octopus”. Enough name-dropping, let’s let Mr. Edling explain the band’s raucous return.

BraveWords: I can sense a rejuvenation in Candlemass. I can see it in your face. I'm not saying you lost the passion, but there's a certain spark.

Edling: “We had a really intense year, man. You know, the year started early for us, going out with Ghost in Europe and it was fantastic. Then we continued - we went to Australia, Japan, and we played a lot of festivals this year. We played our last gig December 20, and then we celebrated Christmas, and the year was over all of a sudden. This feels like a reward for the year, like a peak of the year so to speak. I don't feel like it is the beginning of a new year, I feel like this marks the end of the year. We're going to play a couple of new songs in our set, but since the last gig we played was December 20, and we haven't had time to rehearse, we are going to play the set from last year.” 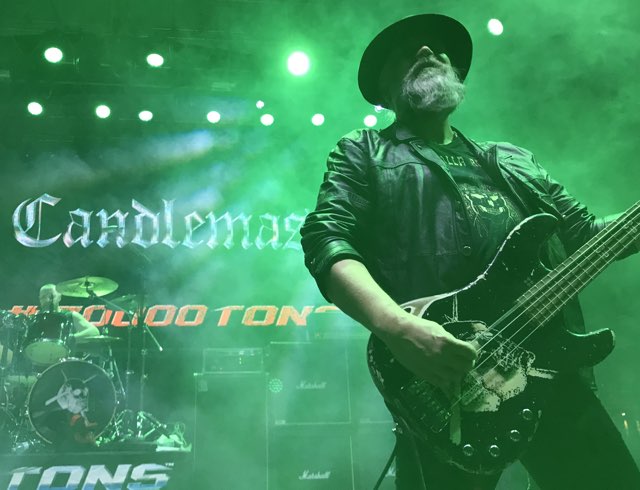 BraveWords: So what do the Ghost fans think of this band called Candlemass who has been around longer than they have been alive?

Edling: “I think we won a couple of them over, I really do. They were very enthusiastic.”

Edling: “Yeah, yeah, it really does. We really won them over. When we first started the gig they would clap with little enthusiasm, but as we played each song, there were more and more hands in the air, and when we finished the last song, after 37.5 minutes, we had the whole fucking room - and they were screaming for an encore every time we walked off. But we absolutely did not kick Ghost offstage, even so. Tobias knows he had a good support band, and that was exactly what he wanted - a good band, warming the people up. When Ghost came out, it was fucking mayhem. People went crazy - whole families came with Ghost face makeup - whole families looking like the Pope. It was fantastic. Generations of families - granddad, mother, father, and kids.”

BraveWords: Although you didn’t win, a Grammy nomination for Candlemass. It’s like WTF? But you must have thought it was kind of strange?

BraveWords: Does it matter though?

Edling: “I don't know, I'm still wondering what the fuck happened. I feel like we must have done something right with the album. Of course, Tony Iommi's name means a lot, because it's the Best Metal Performance, Astorolus: The Great Octopus, Candlemass, featuring Tony Iommi. I mean, that name is magic. But still, if the song would have sucked, we wouldn't have been nominated. It's a great track, and with Tony Iommi playing on it, it's a fantastic combination.”

BraveWords: Was he with you, or was it sent to you?

Edling: “We communicated via his personal agent, sending files back and forth.”

BraveWords: I know why, but WHY? Who initiated things?

Edling: “I came up with the idea because I read in an interview that he said next year he would take it easy, he would not be playing with Black Sabbath, he will relax a little bit, and maybe grab an opportunity here and there, see what comes if it, etc. etc.  So I thought, why not ask? And we asked, and we got a yes back. Some people thought I was crazy, they said "oh fuck, dream on" - maybe even a couple of guys in the band - but the worst you can get is a no, and if you're lucky you get a yes.  That was fucking amazing when we got the email back from his Manager saying that Tommy feels like he wants to do it, so please send the song. I was over the moon.”

BraveWords: When are we going to see you in North America?

Edling: “Houston is official, late April. We were actually supposed to do a short American tour last October but it got postponed because one of the gigs had the dates mixed up with another. The agent arranged it for this year instead. So we were supposed to do two short tours in the US - east and west - but now we're talking about bringing it all together. We're going to go to South America, we're going to go to Australia this year, maybe Japan again.” 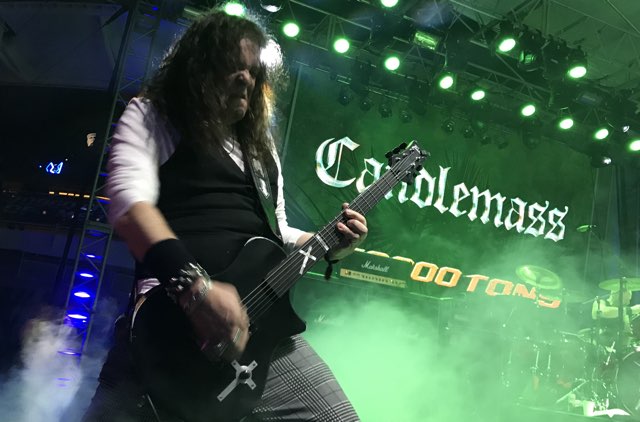 BraveWords: It's amazing that this far into your career you get to do this still.

Edling: “Well, we've got more lives in us than a cat. We keep on bouncing back. They can't get rid of us.”

BraveWords: And hopefully you cross the border into Canada again soon.

Edling: “We played Calgary a few years ago. The Armstrong Metal Fest where Possessed and Carcass headlined. That was a pretty good show. Hopefully we will get to Canada again too. There's a lot of stuff happening now - I asked my manager a week before Christmas about this year, what's going to happen in 2020, and he said there are a lot of things and I'm tying it all together - be patient! And don't plan any vacations or anything!”

BraveWords: Congratulations, it's wonderful to see.

Edling: “We had a fantastic year, with the album, the tours, and all the gigs we played - and meeting all the great people. It looks like it will continue in 2020. It feels like that. So far, so good. We keep bouncing back, we're like the cockroaches of the metal world.”

BraveWords: That's going to be the title of the story right there!

Edling: “You turn over a stone, and there's Candlemass!”

BraveWords was honoured to give Candlemass their personalized hockey jerseys on 70000 Tons Of Metal recently! 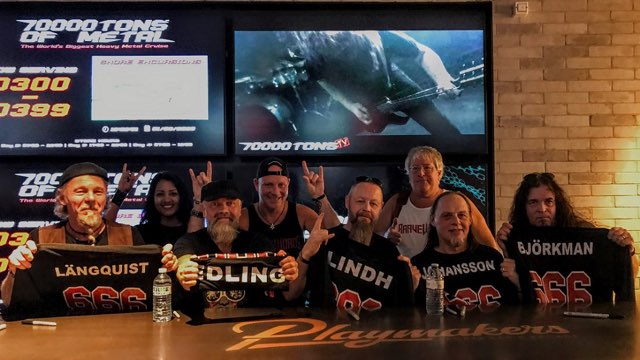 Candlemass will release their new EP, The Pendulum, on March 27 via Napalm Records. Check out lyric videos for "Porcelain Skull" and "The Pendulum" below: 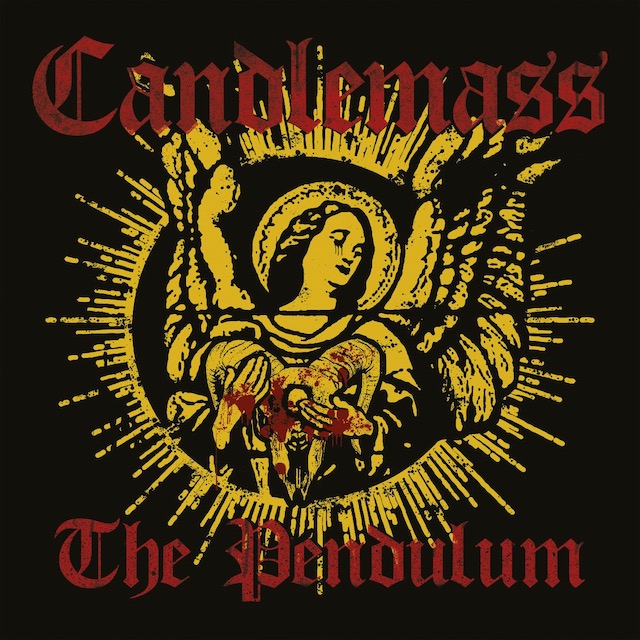