EDGE OF PARADISE – “We Pushed The Limits With This Album” 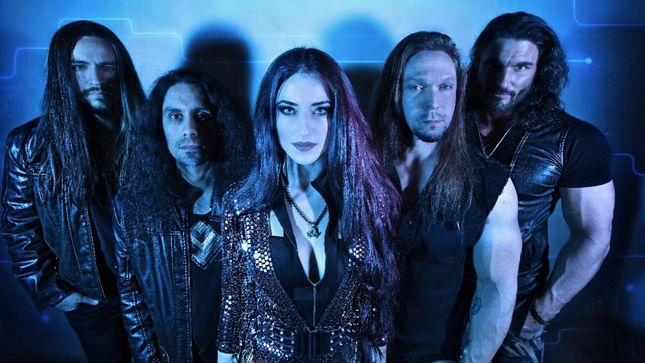 Symphonic metallists Edge Of Paradise have returned with their third full-length overall, Universe. Produced by Mike Plotnikoff (a gent who has previously worked with Buckcherry, Halestorm, and Papa Roach, among others), the album shows the band - led by frontwoman Margarita Monet - expanding their sound even further. Speaking with BraveWords correspondent Greg Prato, Monet explained what makes Universe different from her band’s previous offerings, filming cinematic music videos, and touring plans, among other topics.

BraveWords: How is the new album, Universe, similar or different to previous albums by the band?

Margarita Monet: “We are very proud and excited about this album! Universe, in a way, is an evolution of our previous release, Alive. We've continued to build on the industrial and electro elements in our music, combined with massive guitars and explosive choruses. However, Universe is different, because the songs are on another level to anything we've done before. I think we've really grown as songwriters. Dave and I, we really gave it our all, and I think you can hear this in the music. We pushed the limits with this album, breaking genre barriers, merging exciting elements into meaningful songs.”

BraveWords: The album was produced by Mike Plotnikoff. How was it working with him, and what did he bring to the sessions?

Margarita Monet: “We loved working with Mike. He understands our sound, our vision and also, what I'm capable of as a singer. I loved recording with him. Dave and I do a lot at our home studio, when we present the demo to Mike, the song is pretty much complete, but when you're so close to a song, you are attached to every part, so you really need an outside ear to advise, and with us, it was more about what parts to take out. Mike gets the song right away and knows what needs to stay, and what needs to go or evolve to get the song to where it needs to be. Our music is accessible and simple in a way, but it's multi-dimensional and layered, as we always aim to create an experience for the listener. We wanted a polished, massive sound, while keeping the edge and authenticity of our band, and working with Mike Plotnikoff along with having Jacob Hansen mix the songs, we achieved that. We are very grateful to them for bringing Universe to life, just as we envisioned.”

BraveWords: What are some of your favorite tracks off the album?

Margarita Monet: “Every track! But if I had to pick the tracks that give you a taste of how diverse this album is, yet coherent, I'd pick, ‘Universe,’ ‘Fire,’ ‘Alone’ and World. These songs are different from each other, ranging from more Industrial, yet ethereal sound of ‘Universe,’ to explosive energy of ‘Fire,’ highly dynamic sound of ‘Alone’ and deeply moving cinematic sound of ‘World,’ will give you an idea.”

BraveWords: Discuss memories of filming the videos for “Universe,” “Alone,” and “Fire”.

Margarita Monet: “Filming each video was a very different experience. We do a lot of this on our own. ‘Universe,’ a lot of the parts Dave and I filmed ourselves. I love renting a camera, exploring different locations and experimenting with what we can do to create a visual experience for the song. For band shots, we are very lucky to have great friends who we create with, Darren and Tina LaFreniere, they filmed a lot of the band shots for ‘Universe.’ And I edited the video myself. We love working with other people, but with as much content as we want to create, it's very expensive. So I've been doing a lot of editing and filming myself, I really love creating videos and it's been fun evolving and learning along the way. For ‘Alone,’ we were very lucky to work with Nick Peterson, he's created videos for countless bands like Five Finger Death Punch. This was a bit different as it's a story-driven video. I wanted to base this in a post-apocalyptic world, where people are stripped of human emotion. And the character in the video is yearning to unleash her humanity. We found a cool dystopian location and I made the props for the video, it's always fun getting creative. ‘Fire’ was pretty epic! One day we did a shoot in a spaceship set, again, with the help of Darren and Tina LaFreniere, they did a fantastic job lighting the set and filming, it was a lot of fun. We had some help from Quasar Science to light the spaceship. For a second day shoot, a month later, we all went on location, drove to New Mexico to Bisti Badlands, it was super-hot, we were filming there from morning until it got pitch black, it was really hard but so much fun. After the shoot I almost stepped on a rattlesnake, it coiled up ready to attack, but we survived and video came out epic!”

BraveWords: What are your thoughts on being called “symphonic metal?”

Margarita Monet: “We are being called many different things, especially now. We try to avoid falling under sub-genres because our music is always evolving, and it merges different elements in different songs. We always had guitars and I play keyboard on the recording, and generally with a female singer that falls under symphonic metal. But if you listen to our music, we don't really sound like the other bands under that umbrella. We were joking when we were releasing this album, we were calling ourselves space metal and it kind of caught on, but if we want to describe all the textures we use in our music, I'd call us melodic rock band with industrial, cinematic and symphonic textures.” 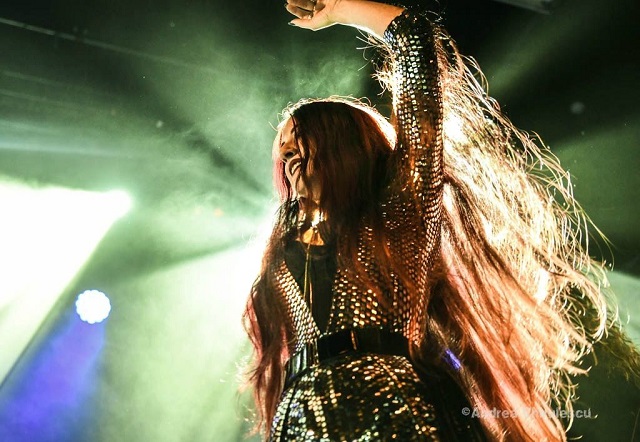 BraveWords: The band worked earlier with Michael Wagener. How was that experience?

Margarita Monet: “This was at the beginning of the band, it was an amazing and inspiring experience. Michael is one of a kind, he's a genius at what he does, he is humble and kind, and his love for music is incredibly inspiring. Michael Wagener kickstarted the sound of the band, the first song Dave and I wrote together, we emailed him, never thinking we'd hear back, but he got back to us and ended up mixing the song, ‘In A Dream.’ This is still one of our favorites, we always close our show with it. Shortly after, we knew we had to have him produce the album, Immortal Waltz, and we ended up recording most of it, in his phenomenal studio in Nashville. Michael helped us discover our vision and sent us off on this musical journey, and we are forever grateful to him for believing in our music.”

Margarita Monet: “It's a highly energetic, dynamic show. Imagine antimatter particles colliding in space! We just got back from a crazy adventure, 5-week European tour, supporting Sonata Arctica. We had such an amazing time playing our music live in 18 countries. Next tour is in US and Canada, opening for Hammerfall and Beast in Black. This time we don't have to fly, meaning we can bring more gear with us, so expect a more visually diverse stage show. My goal is to get the band to a point where we can have a massive and unique stage show with cinematic and sci-fi visuals that would transport you to our world. And of course, I'd love to get a grand piano on stage for some songs.” 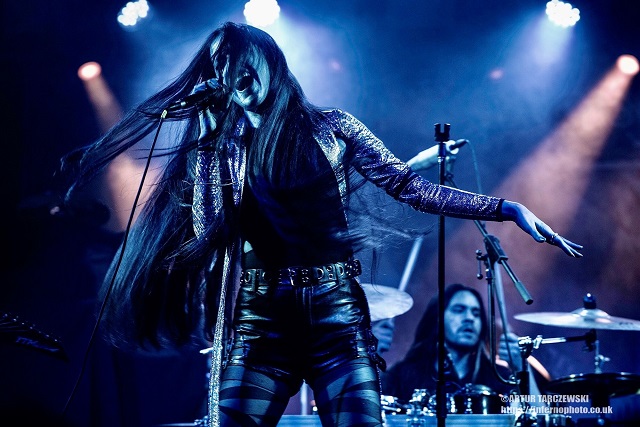 Margarita Monet: “Tickets are already on sale for the Hammerfall, Beast In Black, Edge Of Paradise tour that's going through US and Canada, starting September 2020. But we'll be playing some shows before the tour.”

Margarita Monet: “We still have some music videos to release. Keep posted for Dave's play-through guitar tutorials for our songs, featuring his newly, one of a kind, custom ‘Universe’ guitar created by Grainger Guitars - it's a real work of art, so he's pretty thrilled! And most importantly, start recording for the next album, expand our stage show and continue to bring our music to all corners of the world!”