Heavy Montréal – "Something Bigger Than Life" 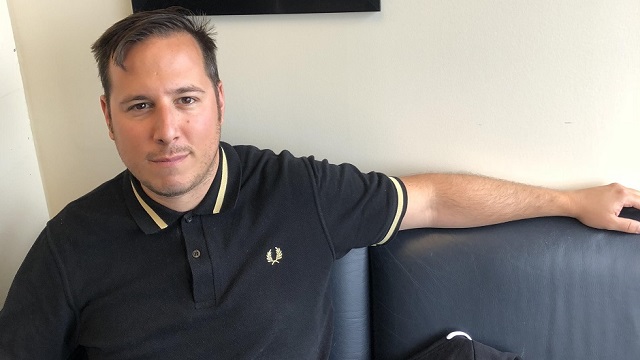 Canada’s premier metal festival Heavy Montréal is back and stronger than ever. After taking 2017 off in order to focus their efforts on a momentous 2018 campaign, the organizers have confirmed a strong lineup of support including hometown heroes Voivod, black metal legends Emperor, Gojira, and Baroness and several more hard-hitting acts. Evenko Promotor JF Michaud recently took the time to talk to BraveWords about the 2018 edition of Heavy Montréal and other topics. Heavy Montréal takes place July 28th and 29th at Parc Jean-Drapeau.

BraveWords: Heavy Montréal is Canada’s longest running and by far the biggest heavy metal festival. So you and your team have built a metal mecca of sorts which is a big responsibility. How do you try and top 2016’s event?

JF Michaud: “We're feeling a responsibility from the fans for sure, but the fans are also giving us so much feedback. We're obviously taking mental notes at the festival making sure everybody is having a good time and we're always happy to hear constructive feedback from fans whether they want to see bands we haven't booked yet or they come up with cool ideas. Heavy Mania, our amazing wrestling tournament over the weekend came from fans asking for it.”

BraveWords: Talk about the intense preparations that must take months to build. In fact, you probably start thinking about 2019 when you wake up after this year’s festival is over!

JF Michaud: “We take notes and have an ongoing list of bands we like, but the hard work starts right after the festival. We gather a list of whose available and we start booking the festival with all the Heavy fans in mind. We know that all metalheads listen to the same band and we put a lot of meticulous time into creating a lineup that will make most people stoked!”

BraveWords: What are you hoping fans take away from the event in terms of a life experience?

JF Michaud: “We put a lot of love into the site. Fan experience is so important to us. We know that the bands are the most important part but the ‘easy to use’ clean site, good selection of food and drinks, a bit of shade and rad activities like wrestling on site keeping you busy between bands you love, are what really make the experience unforgettable.” 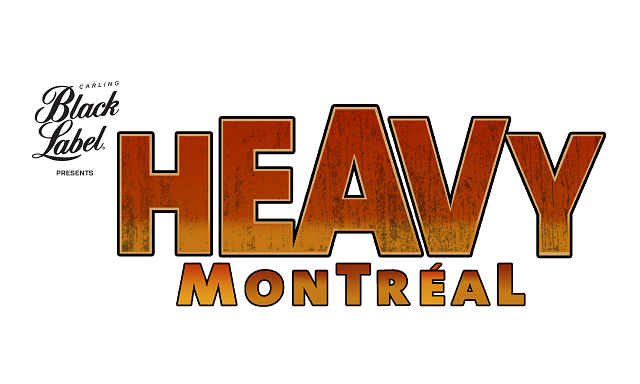 BraveWords: Aside from music, what other selling points does Heavy Montréal offer? What else does your team want to bring to a music festival?

JF Michaud: “When fans attend Heavy Montréal, they also witness the beauty of the city of Montreal, which is one of the most unique destinations in North America."

BraveWords: How close do you work with the city (politicians, Mayor Valérie Plante etc.…) in building such a massive event. Of course the more people that attend Heavy Montreal, the more tourist dollars are spent!

JF Michaud: “Montreal is such a great city. Heavy is a great excuse for fans to discover the city for the first time, Growing up, I use to travel a lot to see festivals in New Jersey, New York State and Ontario. Now, when we meet fans who drove ten hours to come to Montreal because they really dig the lineup or their friends told them Montreal is where it's at, it makes us feel good to be Montrealers. We also love to see that our favorite breakfast joints gets invaded by metalheads during the Heavy weekend. Makes you feel like you are part of something bigger than life.”

BraveWords: Explain to fans why you skipped a year. I’m sure you agree consistency is key to any festival.

JF Michaud: “In the fall of 2016, we started building a dream lineup and even started talking to a few bands. Then in one month, we confirmed Metallica, Guns N’ Roses and Tool all within weeks of the festival. These three bands are obviously big crowd favorites for the Heavy Montrealers, so we decided not to compete with these three shows and take a year off to come back better and stronger." 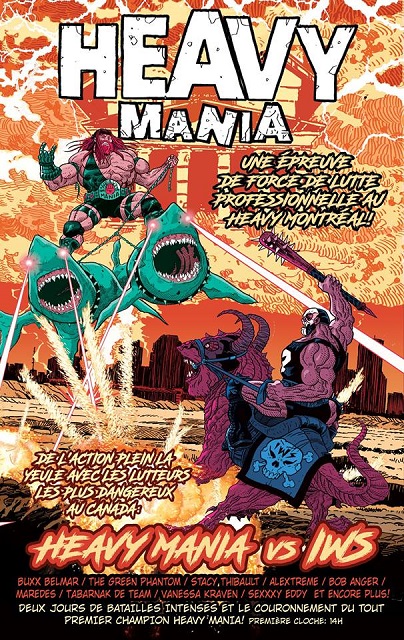 BraveWords: Have you been to any European festivals? If yes, are there elements that you’ve “borrowed” for Heavy Montréal? Talk about the difference between a festival experience in Montréal versus Wacken for example?

JF Michaud: “I've actually never been to Wacken. I went to Hellfest in 2014 that that was probably my favorite festival experience ever. I also went to Download France in June where I finally saw Graveyard for the first time. One thing in common that we have with these European festivals is the fan experience. I don't think we'll recreate the flaming merch booths of Hellfest or the war planes all over the Download site, but we like to create experiences that the fans will remember. How many festivals have an annual Wrestling event throughout the festival? We're also really stoked this year to have a stage called the Creemore Springs garden that will host really great food trucks and a sweet selection of Canadian micro-breweries. You'll certainly find me there for Necrotic Mutation and Khemmis.”

BraveWords: Why do you think Quebec is able to put on such an event such as Heavy Montréal? In comparison, Heavy Toronto failed miserably, yet the population of Southern Ontario far surpasses Southern Quebec.

JF Michaud: “Quebec is so passionate about metal. From Voivod to Cryptopsy, to Kataklysm, to Despise Icon to Burning The Oppressor, there's such a wide range of solid bands here. Fans really appreciate it and support the scene.” 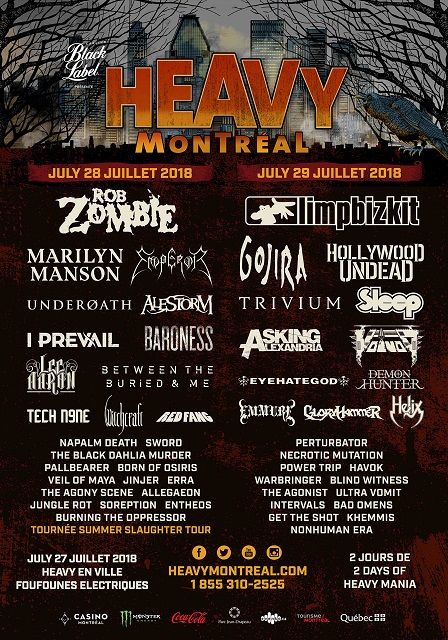 BraveWords: What would you tell fans that are debating about coming to Heavy Montréal. Sell them for me…

JF Michaud: “This is the 9th year of Heavy, Emperor is playing here for the first time since 1999. Voivod playing a home crowd is madness.  Where else will you see Gojira and Limp Bizkit play back to back? Heavy Mania is the coolest setting for wrestling. Necrotic Mutation is getting back together. All of the Summer Slaughter tour is playing the festival. We got Sleep, Baroness, Witchcraft, Red Fang Eye Hate God, Pallbearer, Napalm Death, Power Trip, Havok and Khemmis on the same bill.”

For more information on the festival, head to HeavyMontreal.com.