IN FLAMES – Behind The Mask 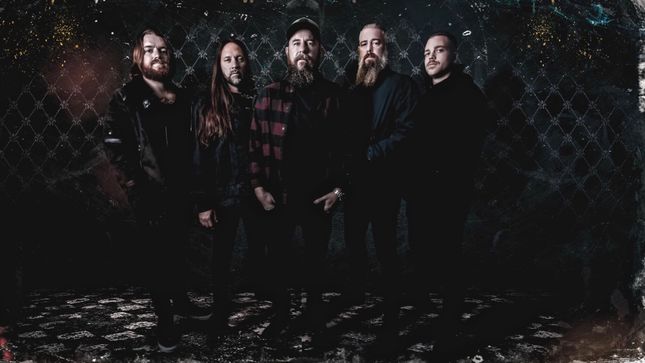 Much has been made about the movers and shakers of metal, the pioneering forces that spearheaded a genre and catapulted a movement that today we know as our normal. We don't need to educate our readers on the pedigree of In Flames. You know their story, you know their impact on melodic death metal, and indeed metal as a whole. That is beyond argument. One of the driving forces behind the ‘Gothenburg Sound’ of melodic death metal, who, with bands like Dark Tranquillity and At the Gates, quietly changed the game as we know it.

Those early records like The Jester Race, Whoracle, Colony and Clayman are universally regarded as genre classics. But the In Flames that headlines European festivals and packs venues across North America is not the same entity that threw out the rule book back in the early to mid-1990s.

No, this is a more confident, refined and sure-footed collaboration of styles and ideas. Frontman Anders Fridén and guitarist Björn Gelotte have been the beating heart of In Flames since 1995. They have seen the ebb and flow of the ‘Jester’ universe, the change in attitudes with their crossover breakout Come Clarity, to 2016s polarizing Battles. I, The Mask is the latest, the 13th album in the In Flames saga. 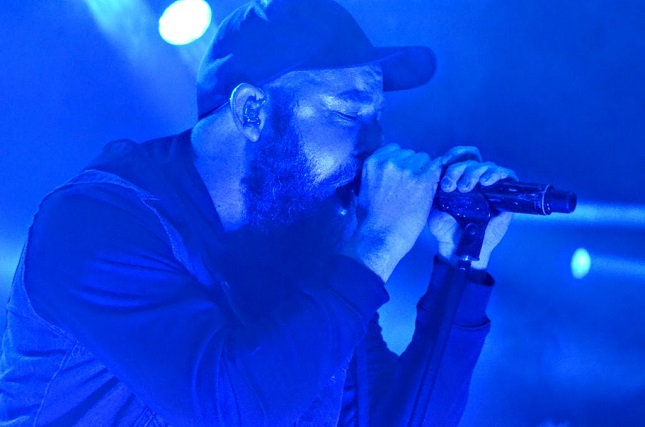 “We’ve gone through all the different stages and who knew that we would end up here doing what we do with our 13th album,” Fridén tells BraveWords in the midst of a North American trek with the likes of All That Remains and Within Temptation.

Fridén and Gelotte holed away in Los Angeles for a three week period to hammer out the shape and scope of what would become I, The Mask, a contrasting approach to the old-school routine the band employed on past albums.

“In the early days it was more in different camps,” Fridén explains. “Music was done in one corner and vocals was done in the other and we sort of met up in the mix and no one was allowed to tell anyone what they should or shouldn’t do. Maybe compromising in different parts and obviously that gave us an identity and that was great. It was all we knew at that point.”

The band re-teamed with Grammy-nominated producer Howard Benson, who has worked alongside the likes of My Chemical Romance and Motorhead, who encouraged them to step outside of previously firm comfort zones. 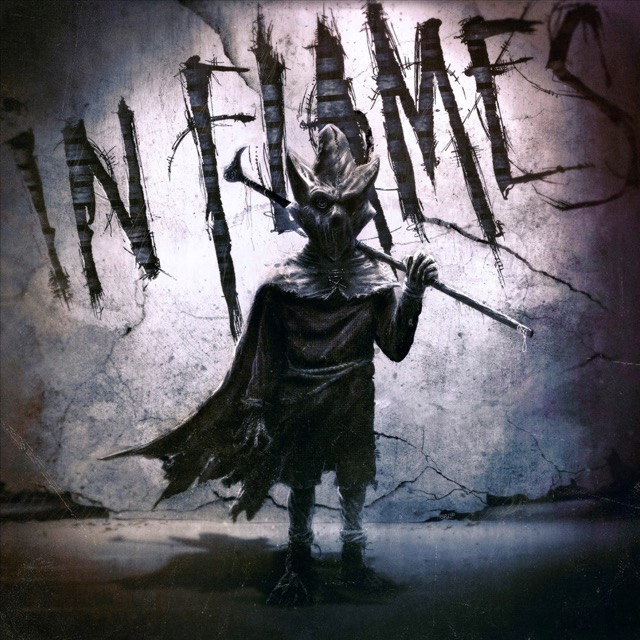 “When it was time to do Battles, that was the first time we worked with Howard and he felt with both of us that we had to let go of a little bit of that control,” Fridén shares. “Björn and myself were way more open to each other's ideas. For this one we went to LA and we had pretty much nothing with us. We had a little writing studio in the house we rented and we just started from scratch. Ideas came flying back and forth. We knew exactly what was going on when we rented the studio and it felt really good. Him pushing me and I was pushing him. Now we can start with a vocal idea or just a melody. It’s not the whole song like it was in the past. It’s a different way and a different dynamic. I know the guy, extremely well. He’s a brother from another mother.”

The makeup of In Flames has shifted in recent years. Bryce Paul replaced longtime bassist Peter Iwers, while Tanner Wayne stepped in for Joe Rickard on drums, who left the group due to serious back issues. Both have been embraced by both their bandmates and fans.

“Joe recorded most the drums before he left,” Fridén explained. “We knew he was going to leave because he had back problems that were pretty severe. We knew going into this album, but he wanted to record the music and we wanted him to record the music as well. Tanner recorded two more tracks … I think their impact is most when it comes to live. They’re awesome guys and we love them and they’re really cool to hang out with and they bring a great dynamic while touring.”

Even Fridén, whose piercing yet hauntingly melodic vocals have been at the forefront of the band for over two decades, aimed to push himself on I, The Mask, hiring a vocal coach at the behest of Benson. 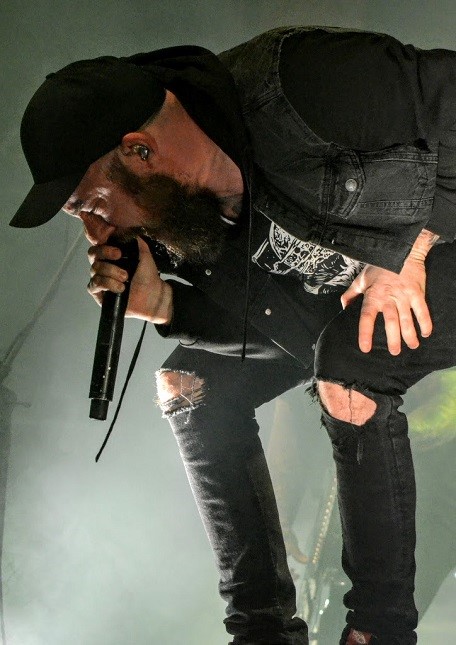 “But I went in with a little skepticism, but at the same time I’m going to go for it,” he explains. “It was awesome and I made such a good friend with my vocal coach. It’s almost like a guru in a way where we talk so much. We talk about how I feel, about breathing and getting to know your body, understand pre-show, after-show, how you should approach certain parts of the song. It was really in depth and it was a lot of fun. It made me so much more than just being the stubborn old dude that was like ah I know this, I don’t want to learn anymore. My technique from the beginning was very home-schooled. But I want to do more. I really tried to push myself.”

Thematically, I, The Mask confronts our dependence on technology and mass social media, the dividing lines between personal interactions in a tech dominated world, and how all those things contribute to isolation, loneliness, and the masks we wear day in and day out.

“It’s the different masks we use for different situations, more like a survival mechanism. Where I think we need to get the bottom of our darkness, our sadness or guilt, all these things we need to deal with them head on so we don’t miss what’s coming ahead into the future. We need to not build walls we need to take them down, we need to open up. I don’t think you and I have a problem, but our kids and their kids and their kids - scientists are telling us we only have a few more years left and we can’t turn it around. All of these things, we need to communicate. We can’t hide behind walls of social media or money or politics. There’s so much we need to address before it is too late. I use that as some inspiration and I write all these types of lyrics. For me they are very personal, but I want to write them in such a way that it is personal for you and you can sort of relate to them in your way. Your interpretation is sort of more important than mine. For me it’s my therapy session. I write them down and get them out there. It’s like a deep breath of relaxation in a way. If it’s personal to you it will become greater and stick with you a long time than something where you just don’t really care.”

Fridén is quick to point out that the In Flames behind Siren Charms, Battles and I, The Mask is not the same group that released The Jester Race. Life has pushed and pulled and pressed on, and all parties are vastly different individuals from those early days of beautiful exploration where everything was new. There is confidence and maturity and ambition to be bold and broad and new. 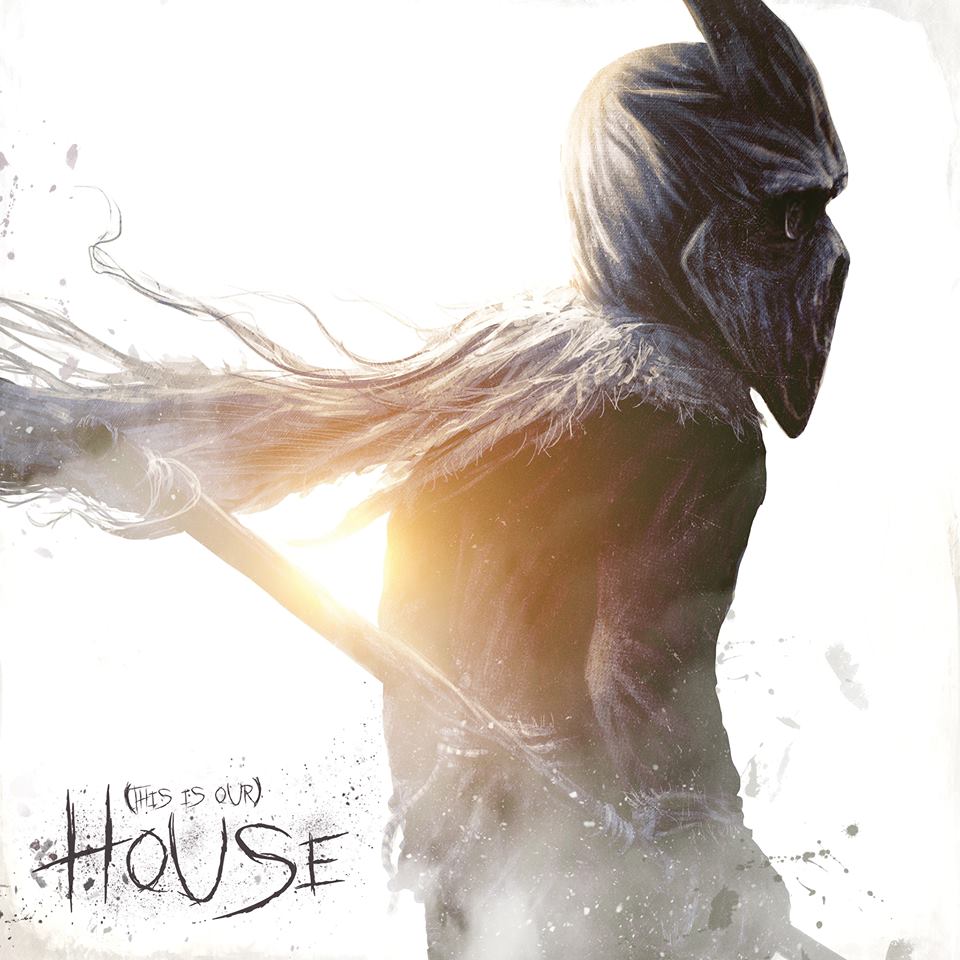 “It was all new back then. It was the greatest achievement ever for us. No, it’s not the same. It’s different times, more than 20 years. You learn a lot along the way and personally there is change within the band. For all the people who were there from the beginning we will do this until the end and you hope for that. In a perfect world I would never part ways with anyone who has been a part of this, but there are life changing things.

“I still love (the old) albums. They’re extremely important to me and I think they’re perfect in their own right. There’s nothing I would change of those albums. I would never go back and re-record them and do something like that, because that would not be fair to the album because they are a photograph of who we are at that point in our life. I think they are perfect in their own right.”

Fridén explains that he respects fans love for the old material, but going back at this stage is almost impossible. It’s a brave new world, a brave new band and he encourages diehards and new listeners to come along for the ride. I, The Mask is heavy, aggressive, melodic and hook driven. For better or worse, it is, definitively, In Flames.

“I hate saying that this is our best album or this album is this or this and then you get quoted and someone else will say ‘no it’s not!’ People can make up their own mind. Listen to it from the beginning to the end and if it’s for you it’s for you and if it’s not there’s another album of ours that suits you better and that’s totally fine. I don’t really like to sell the album and tell people what it sounds like, but it sounds very much like In Flames. It’s melody, it’s aggression, it’s big and bold. You tell me. You can say it better than I can.”