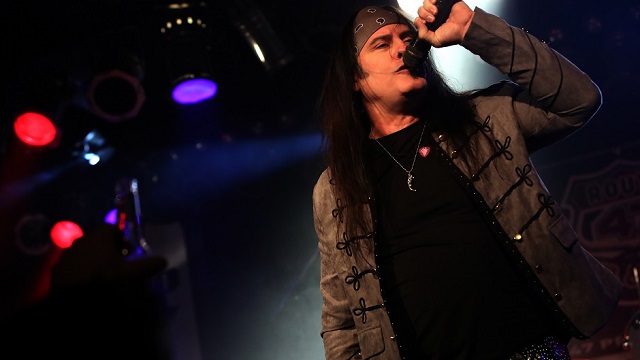 It’s been a tumultuous eight years for Lance King. The former Pyramaze singer released his solo debut, A Moment In Chiros, in 2011 and was planning to release another album in ’13-‘14, but then an onslaught of health issues plagued him and his family. “I started writing again in 2013 and ‘14 for a new album, and I had contacted Jacob Hansen (producer) and got some ideas in the pot, and then a lot of stuff started happening in my life.”

From his mother contracting breast cancer and suffering a heart attack to his wife having colon cancer and his mother-in-law having dementia that threw his home life upside down; King was dealt a hand difficult to cope with and he drew a card that would catapult his urgency to record another album.

“I have trained in martial arts for the last 25 years,” reveals the singer. “I needed a knee surgery to clean up my meniscus, no big deal. The doctor didn’t really give me any feedback on or what I should look for (when in recovery), but I was good to go so whatever. I went home and did what he said, which was to keep it up, even though I was walking around pretty good after surgery, and I’m like ‘man, you know, no big deal.’”

Recovery seemed normal until a blood clot developed in his leg. After being given a prescription for blood thinners, the following morning, he was on the eve of death. “I wake up in the morning and I can't breathe; what had happened was the blood clot broke up in my leg and went into my lungs and it gave me a triple pulmonary embolism,” recalls the singer. “So not just one, but three different blockages and my lungs, right? So I'm sitting there every time I breathe, my body is automatically having, what I would call a chain reaction. So every time you'd breathe it would hurt so much that your body contraction doesn’t allow you to breathe. I can understand why 75% of people die from these things!” 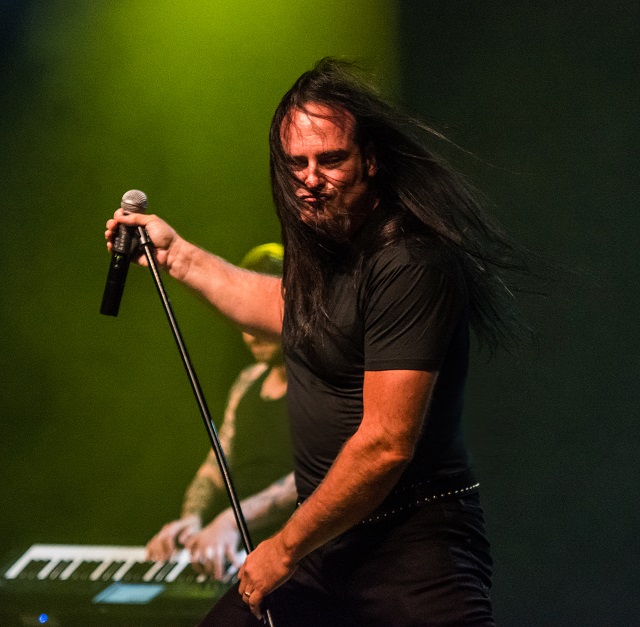 His martial arts training helped him remain calm through this tortuous ordeal. “I was comfortable in a space where it was hard to breathe. I could remain relaxed and not start freaking out, which I imagine a lot of people would do it, would they hyperventilate and then they would just go unconscious and they die,” he confirms.

King was rushed to the hospital by his wife that was thankfully close by because the medical personnel told him he was on the brink of death. “The ER people said I had about five minutes left, I would’ve been gone,” says King. After three days in the hospital and a long recovery process, the impetus to record a new album came and it led to ReProgram, recently released through his label Nightmare Records.

Not only is there this new album King wrote, but he in fact created a whole new genre, which King calls “celestial metal.” So what is celestial metal?

The singer explains, “With my first album, I was trying to look for a definition in my music that, you know, because prog/power or progressive now or all this stuff has been so overused and it's not very definitive anymore. It's kind of cliché almost. When it was cool, everybody started calling music progressive and they weren't a lot of times, so I'm kind of like, well, alright, what is my music? I tried to define it in my own life, figure out what it was because I'd like to set it apart. I would like to create some curiosity and to be accurate with a description. And that's why I called it ‘celestial metal’. I mean, it could've been mystical metal, which sounds a little corny (laughs). But it kind of fits the themes and the philosophy that I put in my lyrics and evokes a little question in people’s minds like, ‘what the heck is that? Let’s check that out’.” 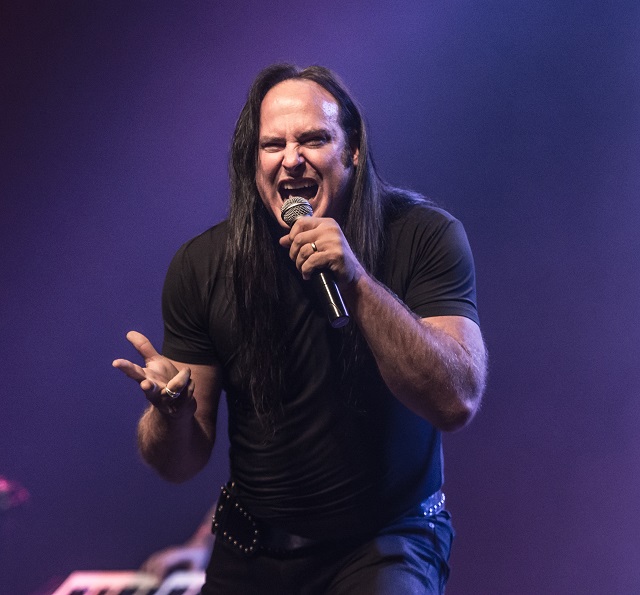 King utilized the talents of his former Pyramaze bandmates as well as members of Darkwater and Annihilator bassist Rich Hinks to play and help write the record.

“It was very organized with the first album,” says the singer. “This one I just contacted a bunch of people individually. I said, ‘hey you want to make songs?’ And fortunately out of maybe the six that I asked to have, four had the time and the interest to do it and a couple of them were new people that I hadn’t worked with before, but I really dug what they did and their talents.”

The music all ties nicely into this prog…I mean celestial metal affair that sees King take lyrical criticisms against modern day society, social media, mainstream media, and the overuse of technology. With him taking this lyrical approaches however, the music doesn’t suffer for it.

In “Stand Your Ground” for instance, he asks, “What’s the use in speaking truth when everyone believes the lies?”

The celestial man explains, “I guess my statement is why fight with everyone when you think you know the truth of something because there's a lot of misleading information that a lot of people believe on all kinds of issues. So what's the point in trying to bash people over the heads and be angry about it instead? Nobody’s going to believe the truth because they're so caught up in the programming of the norm going with the flow, you know what I mean? You don't have to go with the flow.”

A very interesting perspective, and then in the catchy, simply titled “Technology”, King laments in the song, “Never thought I’d see the day when things happened so quickly, getting kind of bored, there’s nothing really hard.”

When asking him about this, he turns the tables and asks how I interpret it. I told him that I saw it as him lamenting that technology has made everything so easy and that people don’t have to work for anything and that it breeds laziness.

Approving of the answer, King states, “Exactly. I like to be working toward things like goal setting and working towards your passions and to bring them to fruition. I feel like a lot of people are so satisfied with the buzz they get from social media and connecting with so many people and being able to just broadcast and get a response and they get this tick out of it that they forget that there's the other things to do, like their passions, and to actually see results and goal setting and getting to those points. Technology makes everything easier, but there's a learning curve with that too, so you can get sucked into constantly learning the technology and not actually doing what you want to do, you know?” 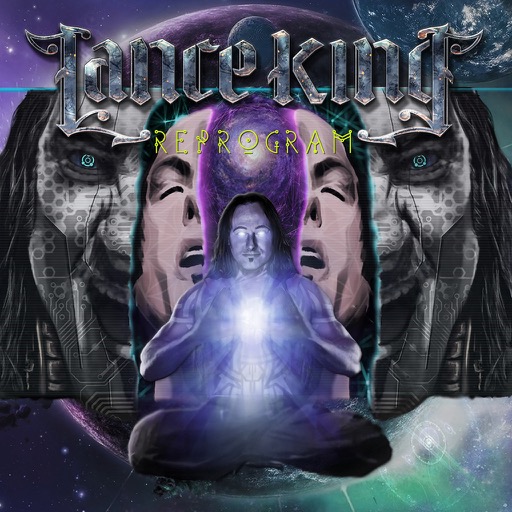 The trembling “Wide Open” takes a stand at today’s American political climate. King relates, “If you look at my artwork for both covers that I put on the limited edition of the regular one, they both kind of scream loudly. There’s a duality there and you need to find balance in the middle. You don’t need to buy everything on a certain platform, there’s a lot of other things going on you might not agree with.”

The record than finishes with the epic “Mind At War” that serves as King’s triumph from darkness and features an interesting monologue in the middle. “It’s a eulogy,” he explains. “I look at that song kind of like a chunk of my life where I was in a pretty dark place, you know, some of it was really beautiful there. Then in the middle I kind had an epiphany and I would liken that to my near death experience. And then you'll notice that the tone of the song changes in the last part of it. It feels lighter, it feels more joyous. I wouldn't say it's completely from darkness to light. I'd say it's from dim to neutral.”

From dim to neutral it is as King went through hell, but you can hear it in his voice as he is calm, reflective, and at peace with what’s happened as he related these hardships from his Minnesota home.

If there’s a theme to the album, it’s simple. He states, “Don’t worry about running with the herd. You don’t have to be like everybody else.”

With his health problems affecting his lungs, did he have any trouble singing again? Was he worried that he wouldn’t be the same?

“Mostly it had nothing to do with my health problems and everything to do with the fact that I hadn't sang very much in the last eight years”, he reveals. “So the voice was not strong, and I forgotten some simple things like you got to be super hydrated to get the vocal abilities to do everything that they want to do. Because I'm a huge coffee lover and I drink coffee all day, it dehydrates you so you get to certain ranges. It's like, ‘man, I can't get past this.’ (laughs). So I had to relearn some things and practice. But fortunately during the studio time, that's not really a big deal because it's my house.” 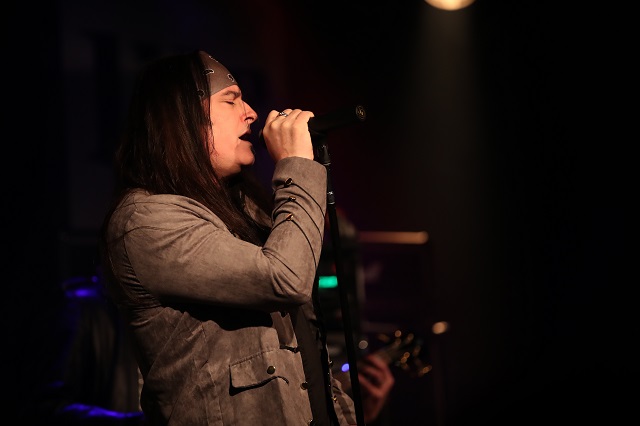 On the live front, King has nothing planned at the moment, but is putting something together. “I actually have been talking to a bunch of local musicians that I enjoy playing with over the last long periods of time that I think can actually reproduce the songs and we're getting together, we're going to start rehearsing and for the live show and get out there and do some; I don't know to what extent it's going to be yet because I haven't really broadcast that I want to do that. I haven't talked to any promoters  yet or car I guess I wanted to get a feel what it's going to be first before I get too excited and put the cart before the horse.”

The best part is King is rejuvenated with a new sense of life and isn’t going to wait to start making new music for a third album.

“I’m not waiting, I am going to start writing immediately!”