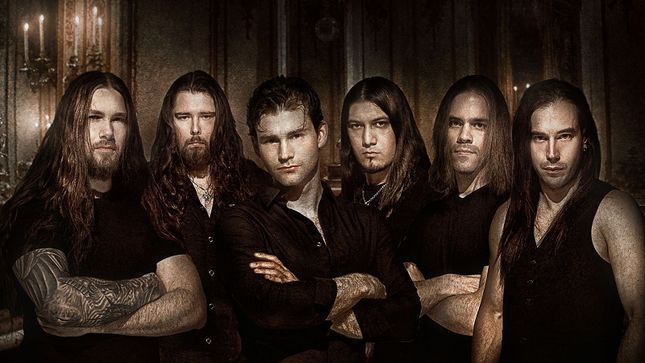 Toronto-based symphonic metal act Operus is riding high with their full-length debut album Cenotaph (released October 13th via Dark Star Records). Taking elements from European favorites, but morphing into their own style, Operus is set on taking the metal world by storm. For bassist Wojtek Sokolowski, this release was a longtime coming.

“To finally release this thing has been a huge weight off our chest,” explains Wojtek. “It’s been a longtime waiting to see what people’s reactions were going to be. You know when something takes a really longtime to make, the anticipation builds and so far we’ve been getting nothing but positive reaction.”

So how does a Toronto band end up playing this European-based symphonic metal? That just normally doesn’t happen. “You get people from other parts of the world joining a metal band which happens based out of Canada I guess,” laughs the bassist. Wojtek further answers the question though saying, “Oscar Rangel is the main composer behind the music of Operus. Oscar was born and raised in Mexico and Oscar and myself got together a couple years back and began working together on this project he already had in mind for quite a long time. I was born and raised in Poland and classical music was a big part of my upbringing so it kind of really was a logical thing to quickly jump on along with Robin Howe our cello player. That was kind of the base of the band and then we got very talented guys who’ve had a lot of success in their own respect.”

This isn’t Wojtek’s first rodeo in a metal band. He’s been in two previous bands; black metal bands actually, Panzerfaust and Eclipse Eternal. Going from the darkest sounds to the lightest doesn’t sound like the simplest transition but that’s where the bassist’s heart has always wanted. 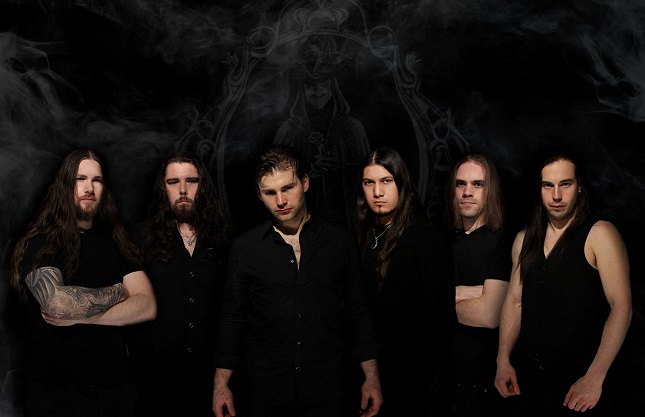 “I was always looking for the more symphonic sound,” explains Sokolowski. “When I first started playing music, I stared in the rawest form of black metal and I was always the one saying ‘why don’t put some keyboards here, some symphonic elements, some classical elements’, and after that band (Panzerfaust), I went to a band a little more symphonic called Eclipse Eternal and within that band we had some success. I was always looking for the bigger, more epic sounds so it wasn’t really me changing my mindset. The mindset was always there. Up until Operus and Oscar gave me that call I never really had an opportunity to play with musicians who wanted to do the exact same thing I wanted to.”

And what separates Operus from other bands of this ilk is singer David Michael Moote. With a voice the strength of a thousand lions, Moote comes from a theatre background and Operus found him after growing dissatisfied with the amount of singers they auditioned after parting ways with Will Patterson. The bassman reveals, “We found Dave through numerous attempts of trying to find a metal vocalist and we were just drawing blanks. We couldn’t find that voice we were looking for so we eventually gave up looking for metal vocalists and we turned to the music theatre and that is where we found David.”

And the adjustment from the theatre into a band setting is no small matter. “He’s never done rock music or anything like that,” says Sokolowski. “It’s something very new to him, but he was super excited about it when we first approached him with this style of music. He seemed very passionate about it and he does everything wholeheartedly and Operus being such a theatrical band already, it was a very obvious choice to get David on board.”

Now when pressed to pick a favorite or standout track from Cenotaph, Wojtek couldn’t pick one. He contends, “This is an album that’s meant to be listened to in its entirety. It goes through very different emotions, very different paces, so because of that aspect I don’t have a favorite. Every song has something different to offer and unless you hear every song off the album, it’s kind of hard to identify us by any one song.”

Does that mean there’s a running theme present in the album? “The album is very inspired by folklore tales and we do reference a lot of them, both famous ones and not famous ones, for example ‘Maya & The Wolf’ references Little Red Riding Hood and then our song ‘Cenotaph’ is kind of paying tribute to writers and poets who never got the fame they deserved for their writing so in those songs you also hear references to tales about mermaids and serpents and sailing the Seven Seas and stuff like that so I guess the running theme is fairytales,” Wojtek relates. 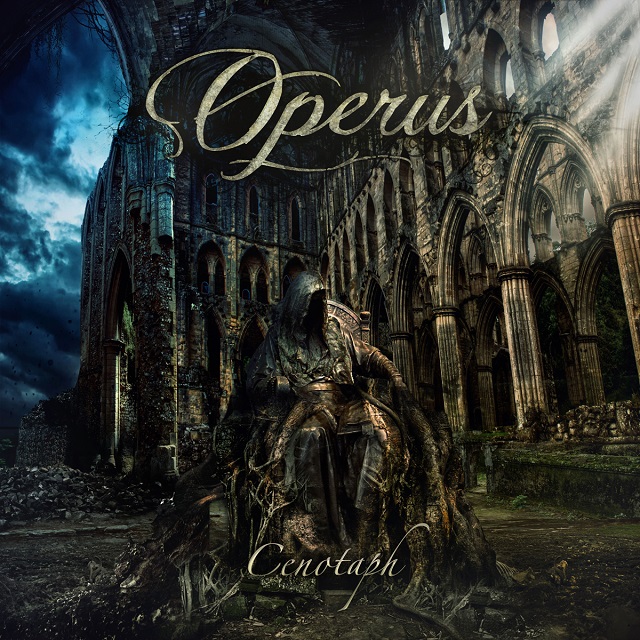 As for the cover art with the weathered statue in front of this big cathedral, the bassist explains, “The image for the cover art came before the album title and the image is based off a monument in Budapest called The Anonymous and it’s based off an anonymous writer so when we figured out the name Cenotaph kind of made sense because Cenotaph is essentially a monument without a tomb so it’s like a grave with a body.”

The partnership with Dark Star Records actually came up with the artist behind the Cenotaph artwork Drake Methesda, who is good friends with Jeff Swanson, one of the main guys behind Dark Star Records.

The main key to find the balance between enough symphonic and metal parts was finding a great engineer/producer for the album says Wojtek. “We found that guy and his name is Jonathan Lefrancois-Leduc from Montreal and he owns Silver Wings Studios and this guy was super passionate about this album and he got it; he understands how to record classical instruments; he knows how to incorporate them into the metal genre so they not only sound good, but also stand out in the part they need to stand out, so everything is great. We couldn’t have been happier and will continue working with Jonathan on our future projects.”

And as to why perhaps it seems hard for North America to hop aboard the symphonic metal train but easy for the Europeans, Wojtek provides an interesting perspective. “It’s part of the culture,” he says. “That big, epic, sound is more rooted to Europe and kind of like you have Viking and folk metal from the Scandinavian countries, they’re embracing their culture and it will obviously resonate more from that crowd as opposed to people from here. Then again, look at that whole movement blew up over here with bands such as Sabaton.”

Touring behind the albums is of upmost importance to the band and Wojtek says, “Everything is in the planning stages when it comes to touring. We want to tour really aggressively with this and we will have a lot more information about that very soon.”