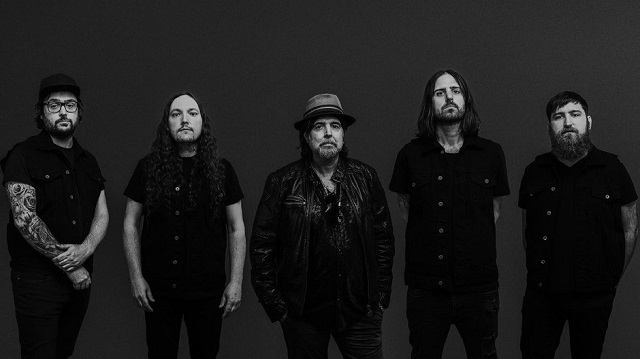 To be sure, Pete Agnew’s got one son in Nazareth and Rick Nielsen’s got one in Cheap Trick, but Persian Risk legend Phil Campbell (also in Motörhead), well, he’s got three in his band, affectionately known as the Bastard Sons, plus a mate of theirs on lead vocals called Neil Starr, not the son of Ruby Starr of Grey Ghost and Black Oak Arkansas fame, I might add pointlessly.

The band of brothers, dad and one friend have issued a follow-up to 2018’s The Age Of Absurdity. This one’s called We’re The Bastards, which rolls off the tongue a bit like We Are Motörhead, although this band sounds nothing like Lemmy’s crew of pirates.

“We knew we had to work hard, because The Age Of Absurdity is a really great album,” begins Phil, asked about the changes made since the first record, one that got much airing at raucous festival shows the band executed with precision when such things were allowed. “Two years had kind of passed, so we ended up, there were a few sound check ideas that we recorded from last year, and then in February, March, just before lockdown, we started rehearsing. So we were writing the album. We just put together the best music that we liked, hard rock songs, and that’s how we managed to come up with 13 belters. I think it’s a better album. The melodies on here, and the sounds, are massive. The instruments sound so well produced this time. So yeah, I’m just pleased with it and looking forward to it hitting the shops.”

Also telling is a quote from Neil in the press materials for the record, Starr explaining that, “When we did the first album there were a couple of songs where we thought, ‘Oh, I don’t know how this is going to go down.’ There’s a song called ‘Dark Days’ on the first album and we really liked it, but we didn’t even know if it would make the album until we finished recording it! It was maybe a bit too different from what people probably wanted to hear, but it turned out to be a fan favourite. So this time we knew that writing stuff like that wasn’t risky in any way. So songs like ‘Born To Roam’ are kind of in that vein. They’re not typical, fast rock ’n’ roll songs. Last time we weren’t sure, but now we know we can do all of those things.”

Asked about Neil, Phil confirms that, “Neil, he was a mate of the boys, and he used to sing in a band called Dopamine, plus Attack! Attack!, but he kind of grew up not listening… he wouldn’t be able to tell you a Led Zeppelin album title, and I wouldn’t be able to know a lot of the stuff he grew up with. But we always knew he had a great, fantastic voice. So it works well because we’ve got two generations. My lot were brought up listening to a lot of stuff that I introduced them to. And they were listening to their own, whatever they thought was cool as well, as they got older. I’m not quite sure what they listen to at home, actually. But I’m happy to say they like a lot of the stuff I like as well. But it’s five of us bringing stuff to the table now, so it works out great.”

The younger Campbells are accomplished too, Phil explaining that, “Tyla plays in another band too, and he plays guitar now—we call him The Chordmaster. Dane also plays phenomenal bass. Todd plays drums and bass…” And of course Todd is the studio maven that brought this record to such exquisite life. “Yeah, we’ve got our own studio a few miles away, so we’re lucky enough to be able to just go in when we want. And Todd, I think he played on stage with Motörhead with us when he was about nine. So he grew up… he’d been playing the guitar since he was about four. So he knows my sound as well. He knows my boundaries, he knows what I can do, he knows what I’m capable of. And he just got a massive huge sound on this album. He produced my solo record as well. But that was different. It was difficult to match the sounds up for that, because there were so many different artists and it was done in so many different studios—it was done electronically, a lot of that.” 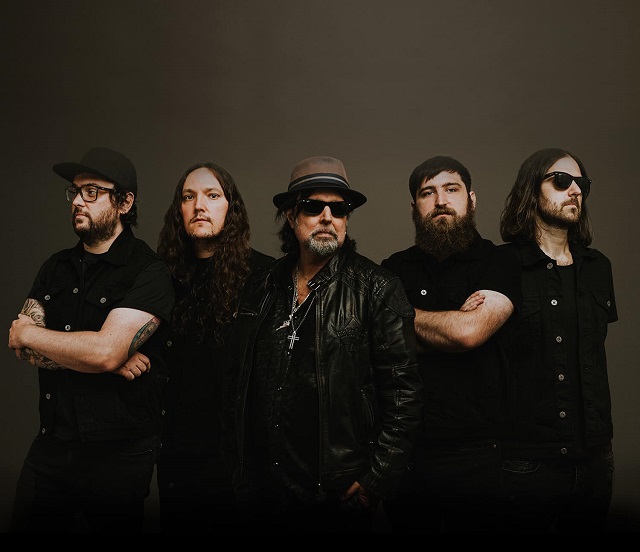 Fortunately, despite the virus and its effects on the economy, the studio can be a bit of a sideline. “Yeah, he records bands in there,” agrees Campbell. “Bands come in and do albums and things, whatever they want to do. But for the mix, we had Soren Andersen, Glenn Hughes’ guitar player; he did a cracking job of mixing this album. Todd didn’t want to mix it. He knows Soren, and they were on the phone quite a lot, tweaking things. It has a really, big, fat sound. Every beat, every chord you hear on this record, is pretty massive.”

The diversity, most notable in the added melody, demonstrated by songs like “Promises Are Poison,” “Bite My Tongue” and the title track, comes from the profusion of writing emanating from all corners this time.

Explains Phil as comparison, “For Motörhead, it was mostly 75% of my riffs, you know. Like Lem and Mikkey would be waiting for me to come up with something, and the pressure was on a bit. But with another guitarist in the band as well, and with five people instead of three, I think Todd came in with three or four almost completed songs, put them on the table, when we did this album. Neil did a couple as well, and we worked on a bunch together. Tyla came up with some bass riffs which ended up being integral parts of songs. Dane was helping with some arrangements, around on the drums, getting it all right. So it’s fun. It’s hard work sometimes, but most of the time it’s just really pleasurable to have an opportunity to do this with my kids.”

This year marks the 40th anniversary of Ace Of Spades, so I asked Phil why he thought that record struck such a chord, and endures to this day. “It was the right record at the right time, with the right three guys,” muses Phil, who joined four years later and was there to the bloody, bitter end. “I don’t think anybody had heard anything like it at the time. It was messy and it was loud. And when the song ‘Ace Of Spades’ took off, people listened to a lot of other stuff on the album as well—there’s a lot of great songs. And it has a whole attitude about it as well, plus the iconic front cover, the Mexican façade, done in Barnet (laughs). But yeah, it was just one of those things. People picked up on it and they loved it then and they love it now and there’s a whole new generation of people now who are starting to get into it, through the anniversary releases.”

Given the Covid-constricted contraction plaguing the music industry, I wondered if the boys had back-up plans. Answers Campbell, curiously, “I’m not quite sure what is going on in the back of their minds, actually. Todd will still be recording, and I don’t know what Dane has got up his sleeve. He plays his cards pretty close to his chest. And Tyla, really, too. One day they might shock me. We can always make music, at least.”

Look for We’re The Bastards to emerge in various configurations, including gatefold (and colour) vinyl. “Yes, the idea of LP sleeves, it’s good for the paying punter. Put it out on LP. I remember the feeling I had when I bought Led Zeppelin Houses Of The Holy and opened it up, wondered what was in the middle. And you get a lot more information on it as well. You don’t have to wear five sets of glasses to read it. There’s a lot more space on it.”

Finally, I wondered to what extent connections were ever made between his boys and Motörhead. “Oh yeah, they met them loads of times,” says Phil, proudly. “They were always really nice to the boys. And Philthy as well. I’ve got a picture of Todd playing Phil’s big black drum kit when he was about seven. So yeah, they were always cool with the boys, got them in the dressing room and everything, yeah.”

Did Lem or Mikkey ever give them any advice? Any musical advice or life advice?