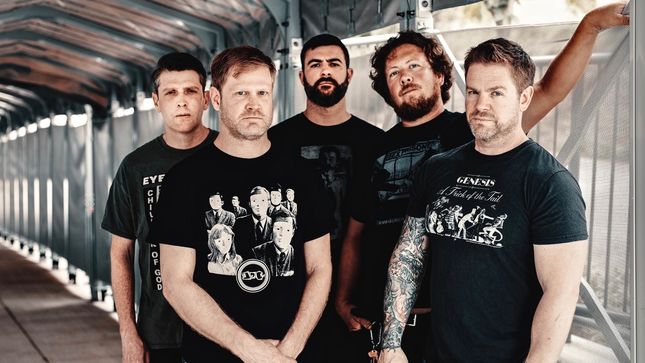 On one hand, the sixth album from grindcore powerhouses Pig Destroyer is pretty shocking: there’s very little in the way of blast beats or any traditional, well, grindcore. But, on the other hand, this is clearly where the band has been heading now for a few albums, and they still manage to make Head Cage sound like a grindcore record even though guitarist Scott Hull admits that it was “kind of the point” to not hit up the traditional grind trademarks this time around.

“I really did want to change things up, deliberately,” he says. “Not that I wanted to just not be a grindcore band anymore, but I wanted to add more to what we are as a band. Maybe Pig Destroyer plays grindcore, not necessarily are grindcore all the time. There are a lot of bands that we play in similar circles with, like Today Is The Day or Metz or bands like that, they don’t have to have blast beats or thrash beats. I kind of wanted to force some different angles to the music on this record and not necessarily have blast beats just for the sake of having blast beats. It seems like kind of a dumb requirement to have. I even knew bands back in the early 2000s or mid-’90s that were considered grindcore or death metal but didn’t have blast beats. What would it mean if we didn’t have a record with blast beats? Probably people would be pissed off because people listen for that first to check that box, but I thought that that was kind of artificial and pedantic.”

Hull says that he made a conscious decision when writing the record to not listen to the grind bands he usually listens to when writing a Pig Destroyer record. Between that and the band now, finally, being a fully fleshed out five-piece (!), Head Cage is a whole new side of Pig Destroyer.

“It’s trying to maintain that grindcore feeling and grit and attitude without just doing the standard d-beat, standard blast beat stuff,” says Hull. “Can it be a grindcore record or a hardcore record without hitting the normal requirements, what I would consider the pedantic requirements? And, ultimately, I did give in to my bandmates and start writing stuff with more blast beats in it, so what you wind up with is a mix of different kinds of styles on the record, which is a typical Pig Destroyer record, ultimately. But when I started writing the record, I did sort of have this mandate internally that I was not going to have any blast beats. And my bandmates weren’t having any of that; toward the end of the writing, there were a lot of songs that came out with blast beats, so maybe that makes it still sound like a Pig Destroyer record rather than what it would have been otherwise.”

As for the band now being a five-piece (seriously, I’m still in shock every time I see a current band photo), Hull says that it feels good and that it’s a huge change for Pig Destroyer.

“It’s kinda weird how that happens, over, like, a glacial period of time,” he says. “It’s like tectonic plates moving; you don’t realize that they’re happening unless a big shift happens all at once. That’s what this record at this particular point in our career is: it’s the biggest tectonic shift, it’s the biggest change in the way we produce our records, the biggest shift in our sound, the biggest shift in the way we approach writing the music, and it’s the first record where we’re a quote-unquote full band. It just feels like we needed to push it forward. It feels great, actually.” 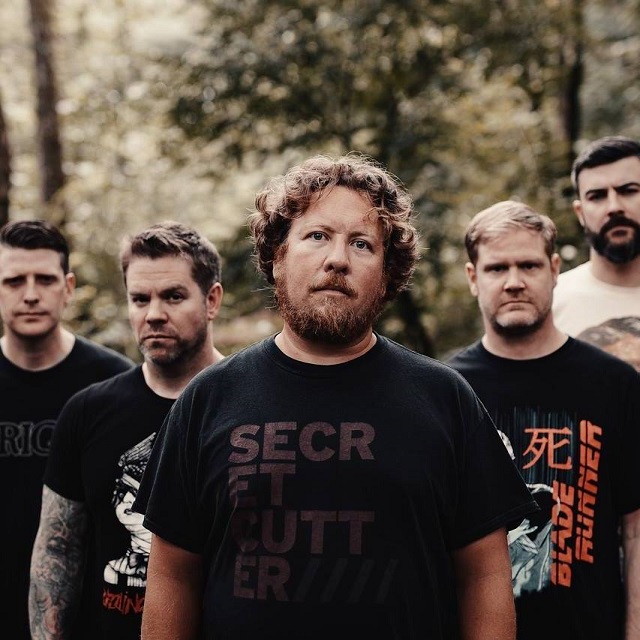 Really, for Hull, everything about Pig Destroyer feels great in 2018. Even though the band’s sound is still made up of pure aggression, Hull has nothing but positive things to say when asked what Pig Destroyer means to him at this point in his life.

“For me, I’m incredibly lucky to have such an outlet for my energy, to write this kind of music that I still love after all these years,” he says. “I’m glad that we stuck with it, I’m glad that we have the attitude toward it that we do because it makes it so we don’t hate each other. There are never any fights in the band; there are tiffs here and there, but nothing that’s insurmountable, and for us to have that healthy attitude, it feels like a family we’ve had for 21 years now. It’s incredibly important to me and I’m glad I didn’t give it up just because I happened to have a career or happened to have a family or other stuff to do. I’m glad I found space for it; I’m glad the dudes in the band understand that and don’t expect any more than I can give. I couldn’t be in a luckier situation, so I’m totally happy. It’s very important for me to have this, and Agoraphobic [Nosebleed] as well. It’s not always easy to sit down and find time to write music; the biggest problem is that now it’s very difficult to find time to write, but everybody’s patient and they wait for me to get it done and when I do, everybody seems to be happy, so that’s perfect.”