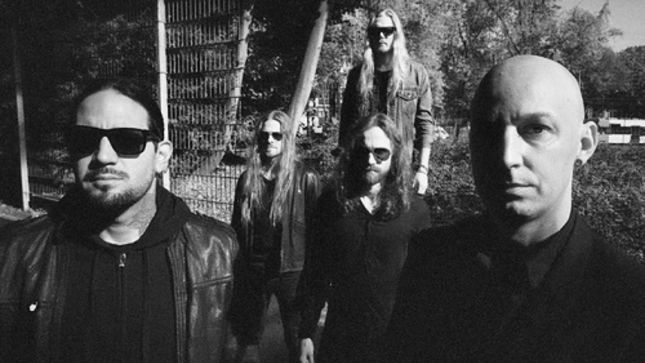 Prog metal super group Soen are a far cry from dead and buried on their fourth studio album Lotus. The follow up to their 2017 breakout Lykaia, Sweden’s Soen – made up of vocalist Joel Ekelöf (Willowtree), Lars Åhlund, Stefan Stenberg, newly appointed guitarist Cody Ford and veteran drummer Martin Lopez (ex-Opeth, Amon Amarth) – have found something of a harmony between dark and light, heavy and melodic, in a sound that is distinctly and confidently their own.

One of the most respected drummers in the genre, Lopez caught up with BraveWords to talk creative visions, abandoning labels, and crafting music on his terms.

BraveWords: On Lotus, above any album in Soen’s catalogue, it feels like you’ve really found that fine balance between melodic and heavy. Was that a decided effort on your part or just a natural progression of the past four records?

Martin Lopez: “The last two albums we’ve pretty much been doing the same. This one is a lot better and it flows a lot better. The production is exactly what we wanted, exactly the sound that we wanted to have. I haven’t been this satisfied after any of the albums I’ve played in. It’s really nice.

“There’s not really any ideas behind the music, it just feels natural to be balanced. Just as it feels natural to be a balanced person. You have your aggressive moments and you have days where you’re kind and relaxed. Music needs to represent that. For us, I need to have when I write a song to have both parts, otherwise it doesn’t really feel complete. Mostly if I do something heavy throughout it kind of feels like it’s missing something. Balance is a huge part of what we do.”

BraveWords: Your history in the heavy metal genre is well documented. For you in particular, how great have these past nine years with Soen been, with the idea you have a blank slate to create whatever you and your bandmates choose?

Martin Lopez: “It feels great. It’s exactly what I hoped for. It’s why I left all my previous bands, to get to this point where I get to express myself and my music and do exactly the music that I like with people that I admire musically. I feel like I’m really happy with where I am in life and a huge part of it is Soen. It’s not that I didn’t enjoy the music that I played with Opeth or Amon Amarth, it’s simply that I was quite young and the natural operation of a musician is to come to a place where you want to try out your own stuff, just to feel complete, to get your own mind out there.”

BraveWords: Thematically, where were you guys headed with Lotus? Was there a particular mood or idea you wanted to convey?

Martin Lopez: “You always have an idea of what you want to express. You record an album every two years and you kind of change a little bit every year and find different things that you want to talk about. Mostly I write a song and I sit down with pen and paper and the song kind of tells you the mood of the lyrics. You start writing and try not to have any boundaries.

“I want to be honest to myself lyrically and write about stuff that I value and to state something. I think it’s important and a little bit forgotten today to actually say something. It feels like you’re making all this music that takes time to make and you’re putting your heart into it, to lie about a love or a story that never happened feels like turning everything into a huge pile of shit. I try to say something about issues I think society and humans need to address. I try and I think it’s the only way to do it for me.”

BraveWords: Take us through the introduction of Canadian Cody Ford on guitars. What’s your take on how he fits into the group and what he brought to the creative process?

“Besides that he brought a lot to the atmosphere of the band, because he’s such an incredibly relaxed and kind guy, the kind of guy you want to be around. That’s really important when you’re making music with someone, to have that chemistry. We’re really thankful that he decided to join us.”

BraveWords: Throughout your career, and certainly now with Soen, you guys have been tagged with the prog label. Do you think there’s a certain amount of negativity that could be associated with that? That it could help, or alternately help a band in the long run?

Martin Lopez: “I think it could stop people from checking your band out, people who have already decided that they don’t like prog. I also understand that, because most of the bands that are labeled prog today, it’s not the kind of prog that I’m used to or what I called prog. I’m really not into technical music. I see prog as being progressive and open minded and having no boundaries. I think we can be labeled as prog as long as that is what we mean. A lot of people think we try to sound like Dream Theater or something just because we have a prog label. We’re not really into the technical stuff, we’re just into making good songs. The technical stuff is not a priority for us.”

BraveWords: With your early tenure with Amon Amarth, and your long and successful run with Opeth, it must give you some pride to see how well each group has done in the past decade.

Martin Lopez: “It’s great, fantastic. I’m really proud to have been a part of those bands. A lot of good memories that I will always cherish. It’s just great. I’m proud of it and I think that both bands really deserve to be where they are because they work hard and there’s quality in their music.” 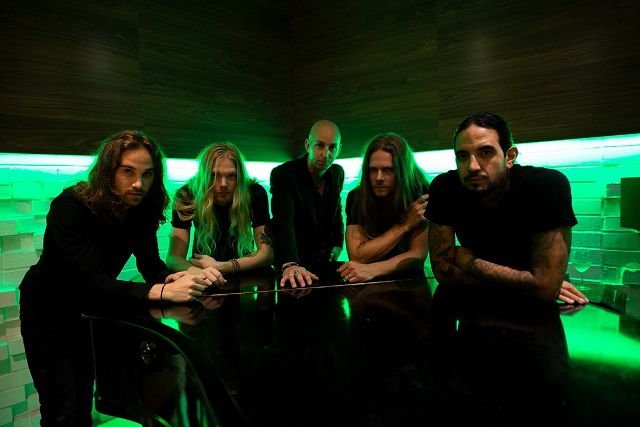 BraveWords: It feels like Soen has been careful as far as tours and live performance goes. It feels like you guys pick a schedule that works for you. Looking ahead now into 2019, how do you look at that outlook for the band?

Martin Lopez: “These songs and the feedback we’re having is really positive. It feels like people are really into the music. For us it doesn’t really change much because we don’t have any plans on turning the band into a job, or touring extensively or recording an album every year. For us we’re fine where we are. Of course we want the band to get bigger because it will allow us to do better shows and allow us to write better albums and maybe take that time off to actually record, but we’re not ready to pay the price.

“We have an agreement within the band that it’s most important for us to be happy human beings. I know that if we turn the band that we love so much and turn it into a business or our main jobs it will take away most of the magic of it and we’re not ready to take that step. It’s not really interesting for us, so we’re very careful about the steps we take and the decisions we make and we have to be in complete control of our lives and our bands. Most bands you meet on the road they want to go home because they’ve been touring for so long, if we fall into that, I don’t have anything besides that. I have my family and the people I love, but music is the most important thing that I have. I love music, and I don’t want to lose control and kill this magic because I don’t have anything else that is worth as much.

“I think when you’re younger you may have a hunger for being in a big band, being famous and making money and all that. Somewhere along the line I realized and we all know that the math is quite easy. Do I want to make more money and hate what I love? There’s not really money enough for that. You’ve got to have the balance, because life is quite short. I’ve been a professional musician for more than 20 years now and it goes really fast. A lot of the musicians that I met were not the right ones. I’m really protecting this and there’s no fame or money or whatever that will take this away from me.”