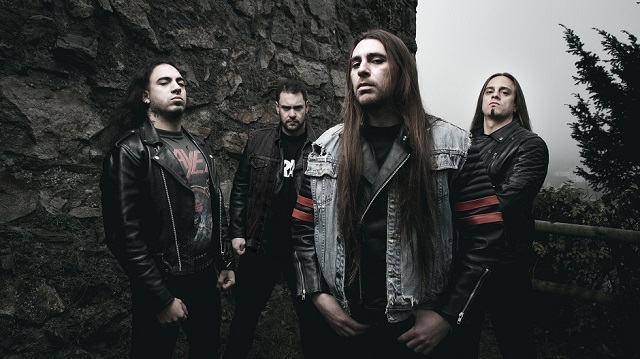 “I seriously believe this is the best album we’ve done so far”, enthuses Nick Melissourgos, founder of Greek thrashers Suicidal Angles, about their new opus Years Of Aggression. It’s the cliché line to say when an act is readying their newest creation to serve upon the masses, but it doesn’t sound dry or fake when coming from the sure-footed and blunt Melissourgos.

Their seventh album, and fifth through NoiseArt Records, the record is takes their signature thrashing sound, but this time elements of traditional heavy metal are more than ever present in the songs. According to Melissourgous, these elements came in organically.

“To be 100 percent honest, it came naturally,” he explains. “All the Judas Priest and heavy influences just appeared. I am a huge Judas Priest, Accept, and Saxon fan and I was sure all these influences would come at some point.”

His bandmates were very receptive when presented with the material. “The loved it from the very first moment. They were like ‘oh shit, that sounds really nice to work on,’” he says.

Years Of Aggression presents a responsive, demonstrative title that perfectly escalates the music. The band leader explains the album title saying, “It sums up the existence of the band so far. And there is another meaning behind it. It seems like people have forgotten about the past, like 50 years ago, 60 years ago. We had war and nowadays the whole thing is turning into something which doesn’t look pretty and not hopeful for the future.”

The atmospheric and thunderous final salvo, “The Sacred Dance With Chaos”, stands out particularly to him.

“If you look at the discography of Suicidal Angels; since 2012 from the Bloodbath album and nowadays we always have like, kind of a slow song in the end, slower and longer in playing time. This song is one I’ve always wanted to make. I’ve always wanted to make an atmospheric song, but so far I didn’t have exactly the right ideas to create it. At some point I stared fooling around with the guitar and I was just like playing some stuff. I thought ‘that’s kind of interesting. Let’s work a bit more with that.’ I’m really happy that I managed to create a song like that to be honest.”

Recording of the album was divided between their homeland and Germany. Melissourgous dives into the recording process of Years Of Aggression stating, “We did the drums in Germany at Soundlodge Studios with Jorg Uken; he’s been involved with Suicidal Angels records since 2012. I really like working with him because he knows his shit, especially when it comes to the recording of the drums because he’s a drummer himself.” 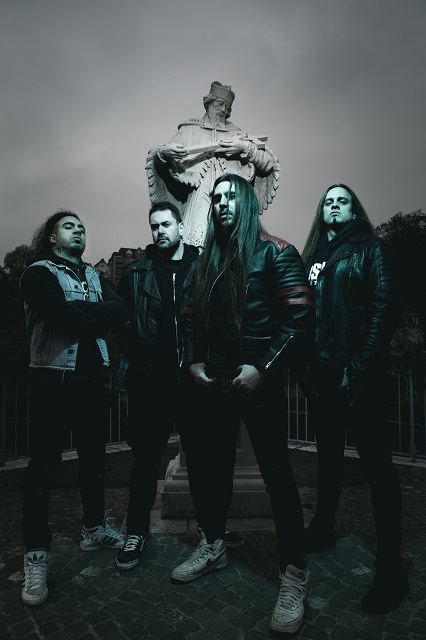 After receiving the drum files, the rest of the band knuckled down at Zero Gravity Studios, where Melissourgous had the luxury of spending as much time as he wanted in the studio. “I spent almost 12 hours per day in there”, he confesses.

Jens Bogren handled the mixing duties and the guys like his previous work with Kreator. “We wanted to try something different than what we’ve done so far because he has a different approach on the whole thing. I really like his approach on the way he mixes. He took the album, its nine different songs, and they are all different but fit under the thrash umbrella. He worked on a lot of details and some technical details for every song to emphasize the personality of each song.”

Suicidal Angles is one of the many acts that popped up in the early, mid-‘00s as part of a huge thrash revival and while a handful of them have withered away into the dust bin; there are still a few left, including these Greeks. 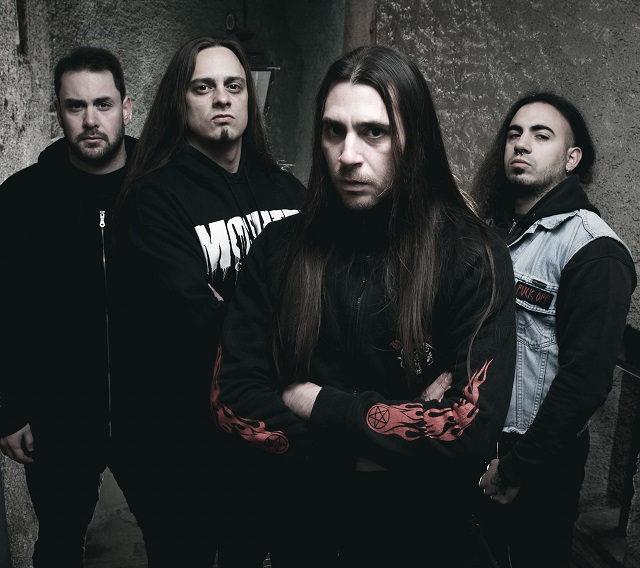 The SA leader credits his undying passion for music to why they are still around today. “It’s really stressful man,” he states. “You have a lot of responsibilities, you have to take care of a lot of stuff, but the more passion you have, the less you see all these difficulties right? Around the beginning of 2000, thrash was nonexistent and when we started playing thrash metal music back in 2001, people were asking us, ‘are you seriously playing thrash metal music?’ I was like ‘yeah, why not?’ ‘Because that’s the music that belongs to the museum; it’s a music for the dinosaurs.’ It’s like give me a break, fuck off. That’s what I want to say. That’s what I want to play and that’s what I’m going to do. I mean like who gives a shit if it’s a trend or not a trend?”

The thrashers have never been able to set foot on North American shores for a show or tour and it’s something they’ve always wanted to do. “We receive a lot of comments a lot of messages on our social media like ‘guys, why are you not coming to the U.S., do you hate us or something?’ No, we don’t, it’s easier said than done. We chased it already in the past, but we didn’t have the right opportunity,” he confesses. Melissourgous does give hope saying, “We will try with this album to do our best and come overseas.”