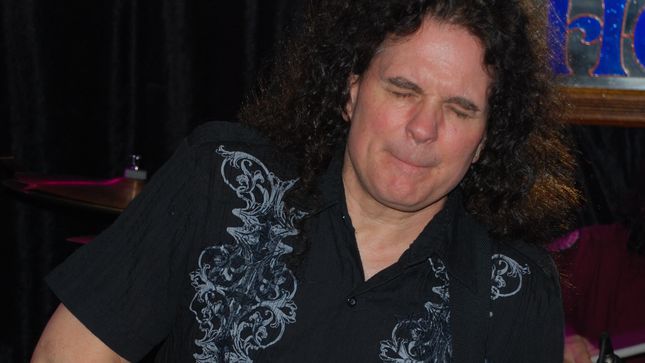 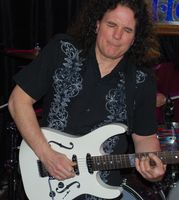 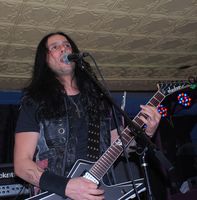 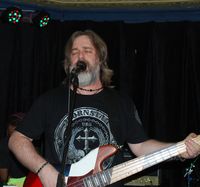 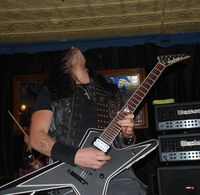 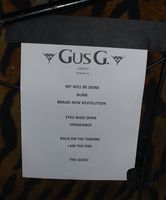 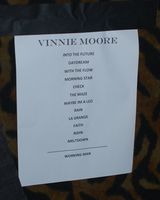 On a short run of dates in the states, the Gus G/Vinnie Moore Gunslingers tour made a stop at the Stanhope House in New Jersey on December 9th.  Both guitarists used the same rhythm section, with Dennis Ward (Pink Cream 69/Unisonic) on bass and vocals, and Richie Monica on drums, plus Moore had rhythm guitarist Randy McStine. For this local show, the bill also included NJ natives Psychoprism, whose debut Creation came out on Pure Steel Records in 2016. Gus opened for Vinnie in support of his latest solo album Brand New Revolution from 2015, plus included a couple from his 2014 debut I Am the Fire.

Gus’ solo work is more modern and rhythmic than his day job in Greek power metallers Firewind, where he played one song, “Back On The Throne”, from their latest album Immortals. Vinnie Moore is playing a slightly longer setlist, which includes a few goodies from his first three classic albums: Mind’s Eye, Time Odyssey, and three from Meltdown including the title track, plus “Faith” from his 2015 solo album Aerial Visions. Also, covers by ZZ Top, Deep Purple, and Rush. While this tour was a platform for both to show off their skills, Gus’ music was a metal attack, Vinnie also rocked hard but offered more variety and dynamics in his song choices.  A solid complementing pairing of players.