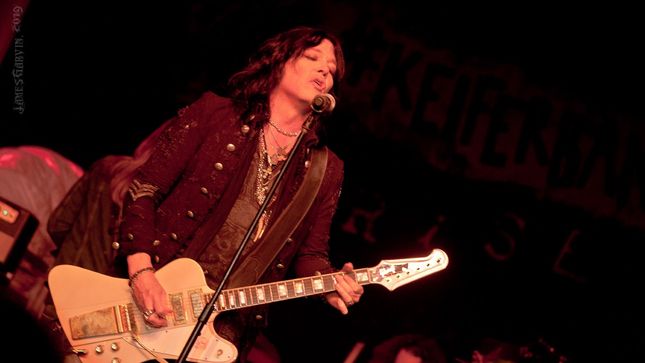 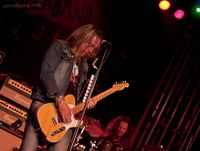 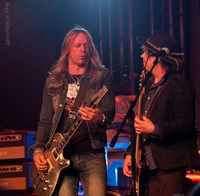 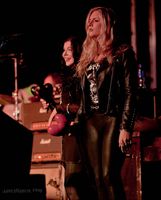 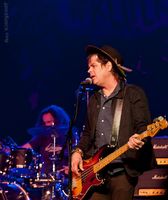 Versailles, Ohio, the home of the BMI Speedway, an indoor go-kart track that is converted into a very decent live music venue for concerts, saw the Tom Keifer Band stop in this small town north of Dayton, Ohio on October 12. A very healthy crowd made the trek to Versailles, which is a small town, surrounded by small towns, surrounded by farm land. My third time seeing Tom Keifer, but this was the first time I’ve seen him billed as the Tom Keifer Band, which I suspect is significant, for he has clearly moved past a solo career to a bona fide band.

The band ran through 13 songs in an hour and a half, and not only were the usual Cinderella cuts present (“Nobody’s Fool”, “Somebody Save Me”, “Gypsy Road”, “Don’t Know What You Got ‘Til It’s Gone”, with his wife Savannah at the piano, and “Shake Me”), but they went deeper into the Cinderella catalog than I recall from past shows. “The Last Mile”, and, for me a very pleasant surprise, “Bad Seamstress Blues” and some slide guitar, which reminds us that, one, Tom Keifer is a heck of a guitarist, with some serious chops, for which he probably does not receive enough credit, and two, he is, at heart, a blues musician. They also included in the set “Touching The Divine” from the new album Rise, which began the show, and “Rise”, the title track, which sees him lose his raspy delivery for a more traditional vocal. Although my notes may be incorrect, I recall them playing “Waiting On The Demons” as well. The Way Life Goes, his first solo release, brought us “It’s Not Enough” and “Solid Ground”. The new material blends in seamlessly with the Cinderella material, which is wide and deep, considering they released really only four records of original material. This was a bit of a higher octane show than I’ve seen from him in the past, which suggests Tom Keifer has successfully charted his vision of his post-Cinderella career. Now, if he could only supply the merch booth with some vinyl.