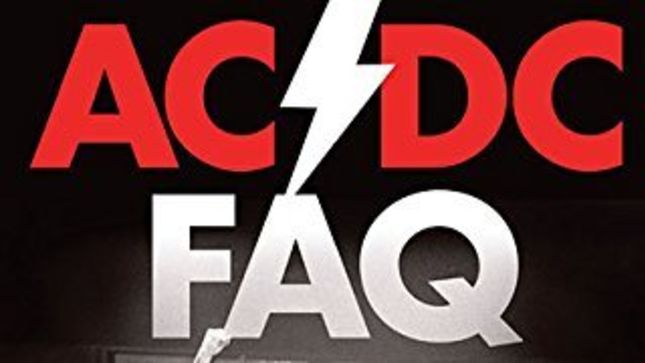 AC/DC FAQ: All That’s Left To Know About The World’s True Rock ‘N’ Roll Band is due for release on March 31st.

A description of the book below:

“AC/DC FAQ spans AC/DCs 40-year career, starting from the bands inception in 1973. This book covers everything from their early days in Australia to their first tour of England and the United States. It also includes personal experiences, stories, conversations, and interviews by author Susan Masino, who has known the band since 1977.

“Featuring 37 chapters, AC/DC FAQ chronicles the personal history of each of the band members, all their albums, tours, and various anecdotes. Rebounding from the tragic loss of their singer Bon Scott in 1980, AC/DC hired Brian Johnson and went on to record Back In Black, which is now one of the top five biggest-selling albums in music history. Taking a seven-year break after their album Stiff Upper Lip, the band came back in the fall of 2008 with a new album, Black Ice, and a tour that ran from 2008 through the summer of 2010. Once again breaking records, AC/DC saw the Black Ice Tour become the second-highest-grossing tour in history. True rockers from the very beginning, AC/DC will continue to be heralded as one of the greatest rock and roll bands of all time.”