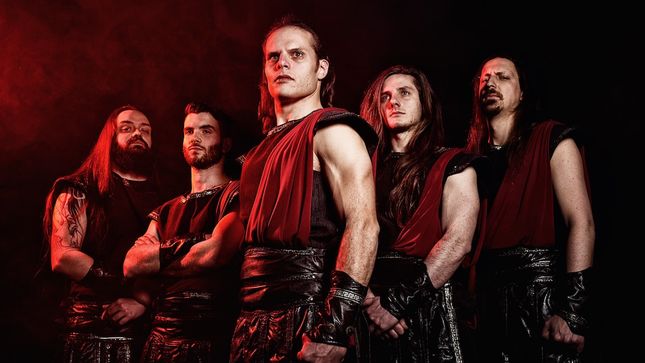 Ancient Roman metal pioneers Ade have released a new single, "Veni Vidi Vici," in conjunction with the release of their new album, Rise Of The Empire, out today via Extreme Metal Music/Rockshots Records.

With Rise of the Empire, Ade aims to educate listeners more on ancient history of Rome, specifically the age of Caesar. Still entrenched in traditional old-school death metal, Rise Of The Empire delivers a more mature yet aggressive album suitable for old and new generations of fans interested in the Ancient Rome and epic death metal at its purest.

Says the band, "The wind blowing from the black Sea caresses dead bodies fallen in battle. A day that will be remembered as total domination. The age of Caesar has begun. Under the sun of Pontus, a banner flies pointing to Rome: he came, he saw and he won."

Digipack deluxe eitions of Rise Of The Empire orders are available at the official record label store here.

Rise Of The Empire tracklisting: