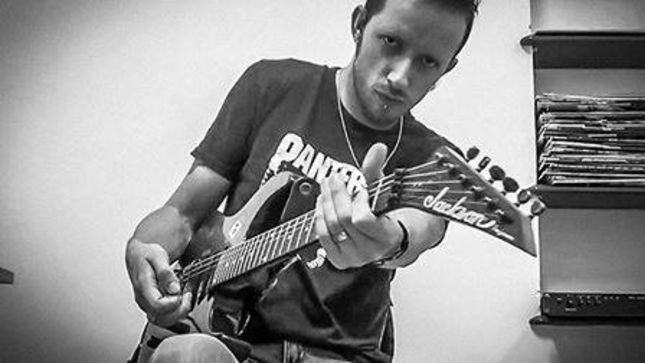 International metallers, All Angels Massacre, have released their second track, "Time Frame", which is now available for streaming below. "Time Frame" was mixed and mastered at Ignacio Figueroa’s studios in Valparaiso, Chile.

The online project, All Angels Massacre, was created by Pirosaint’s drummer Ignacio Orellana, Brazilian guitarist Regisson Silva (Masterpiece) and Chilean vocalist/bassist Ignacio Figueroa (Naioth) in 2013. The idea behind All Angels Massacre is to keep to create quality music via internet and release it on a physical format (CD/vinyl) after having the number of songs needed.

Guitarrist Regisson Silva has commented: "One of the best thing about All Angels Massacre is that it's all about creating music! I fucking love composing and it's been great to try it here in this project sharing ideas. It's simply to pluck my guitar here in my home-studio, to record my some riffs and send them to my partners to complete, we discuss about the musical structure online and it's all. In this new track if you note we have just three riffs, it's simple but it's that, three fucking riffs that can drive you crazy and bang your head! Don't you wanna try? I bet you will!"

All Angels Massacre is: