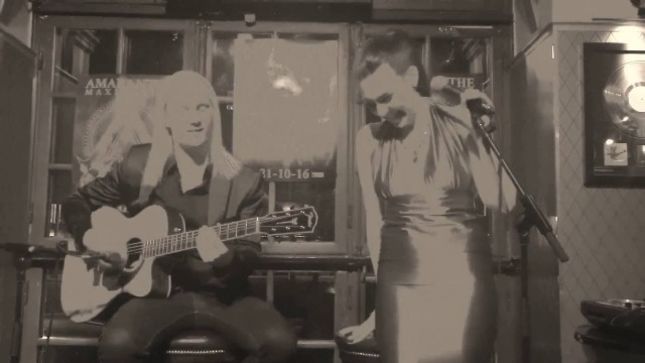 Swedish pop metal outfit Amaranthe are gearing up for the release of their new album Maximalism. The record is due out via Spinefarm Records on October 21st. On October 7th the band held a release party at the Hard Rock Café in Stockholm featuring vocalist Elize Ryd and guitarist Olof Mörck performing an acoustic set. Check out the fan-filmed video below.