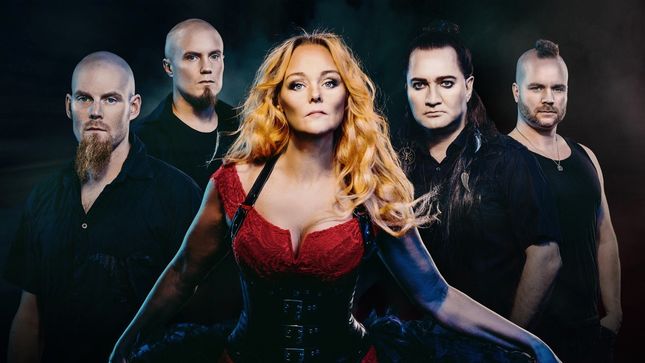 Amberian Dawn have released their third single from their upcoming new album, the title track “Looking For You”, along with an official video. In a nutshell, this high voltage fusion perfectly represents the upcoming album and its poetic sound.

The official video for “Looking For You" aesthetically mirrors the conflict between memories, desires and leaving your ancient life behind. Monumental melodic vocal lines that remind of the Swedish pop giants ABBA pair with strong keyboard-driven, 80’s pop influenced sounds and merge with heavy drums and guitar riffs into an impressive genre-fluid creation. This addictive mix can only be described as follows: Finnish ABBA-Metal at its finest! Amberian Dawn developed their style and spiced it up by entering and creating a new musical universe.

Tuomas states: ”This is the Crown Jewel of the album. This song is exactly what so-called ABBA-Metal is all about. Haunting and dramatic keyboards, strong melodies and tons of vocal tracks. I worked closely with Finnish synthesizer artist Kebu to achieve this wonderful vintage keyboard sound. I let myself go into world of 80’s synthesizer music and then my band mates helped me to arrange the song into an Amberian Dawn-song.“

Looking For You will be released on January 31. The new album is packed with well-polished and immaculate songwriting full of catchy melodies and epic keyboard parts that immediately send shivers down your spine.

Looking For You will be available in the following formats:

"Lay All Your Love On Me" lyric video: