BEHEMOTH Frontman NERGAL - "Our Fans Are My Energy, And The Last Thing I Would Care Is Where They Come From, What's Their Skin Colour, What's Their Gender" 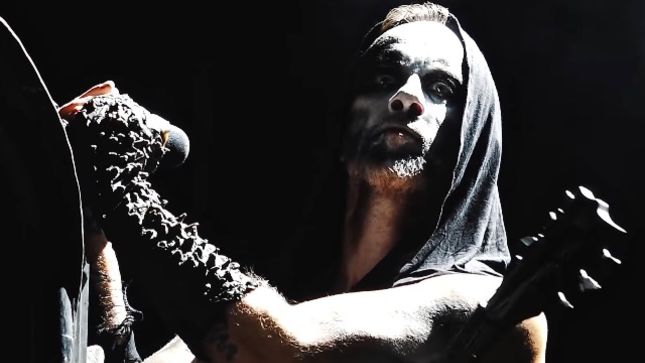 Performing at the 2019 run of the Graspop Metal Meeting, Behemoth frontman Adam "Nergal" Darski discussed the controversy that follows the band due to their image, and the general mix of politics and religion versus music.

Nergal: "Politics is not really my energy. People are my energy. Our fans are my energy, and the last thing I would care is where they come from, what's their skin color, what's their gender. It's their intimate business what they believe in, and so on and so on. It's none of my business. My business is, if we share the same energy and passion and love for heavy fucking music, let's commune, let's unite and let's celebrate together. The flag that is waving above, I don't give a fuck about that at this very moment."

On June 4th, Slayer peformed at Arena Gliwice in Gliwice, Poland. They were joined by Behemoth frontman Nergal for "Evil Has No Boundaries". Check out the fan-filmed video below.