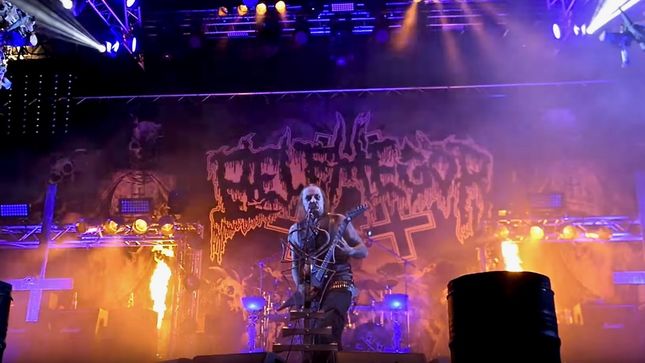 In late 2018, Belphegor started composing new material for their twelfth full-length LP, set for release in summer 2020. The band will soon let you in on the progress being made and give you an insight into the recording process.

In the meantime, check out this live clip of the band from last Thursday at Party.San Open Air in Germany, performing part of an unreleased track titled "Sanctus Diaboli Confidimus". The video was filmed and edit by Anja Ahasverus.