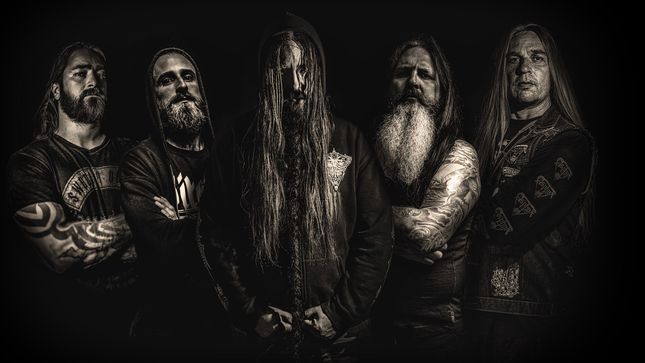 Berzerker Legion have released a music video for the title track of their first album, Obliterate The Weak, out on January 31 via Listenable Records. Pre-order the album here, and watch the clip below.

Berzerker Legion was founded in 2016 by guitarists Tomas Elofsson (Hypocrisy) and Alwin Zuur (Asphyx) with a vision to create death metal of the most belligerent quality, they recruited a lineup of solid well-known musicians consisting of James Stewart (Vader) on drums, Jonny Pettersson (Wombbath) on vocals and Fredrik Isaksson (Dark Funeral) on bass to complete the Legion.

Vocalist Jonny Pettersson explains the lyrical theme of Obliterate The Weak: "The lyrical concept is based around how religion is poisoning the world, and even after so many years of evolution, development, we still have huge parts of the world that believes in a fairytale, people who believe that this fairytale is worth going to war over, worth killing for and uses as an excuse for truly malevolent acts. These are weak minded sheep that will do anything in the name of whatever god they believe in. Obliterate The Weak draws from the will to eradicate all forms of religion and tells a story of atrocities made in the name of a fiction."