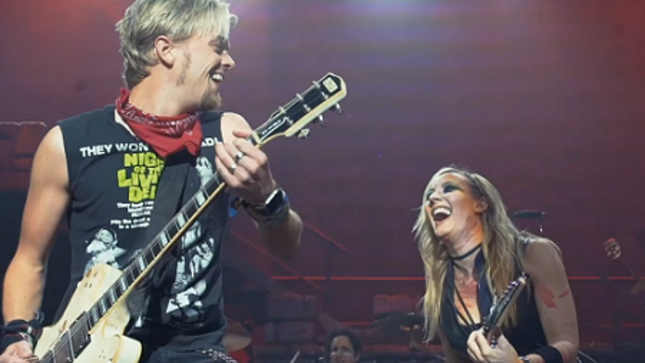 "We had such a great time touring Europe with Uncle Alice Cooper," says Black Stone Cherry. "It was such a blast that we wanted to show you the most amazing footage that we shot on tour. Thanks to Mike Rodway for filming and creating it!"

Black Stone Cherry has four headlining shows remaining in 2019, those dates are: