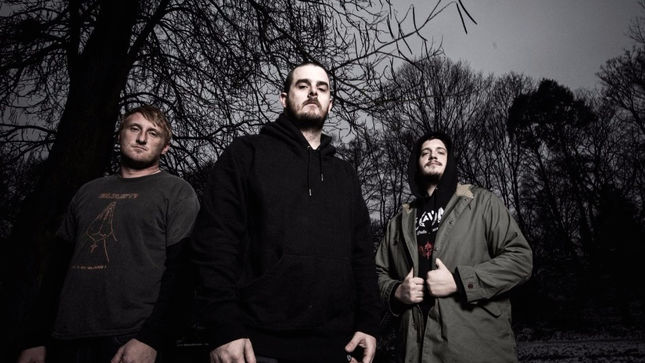 One of the most bludgeoning albums of 2016 kicks off the Top 20. Nails grinds away with the impressive You Will Never Be One Of Us, but it’s what we long to be with straight in your face brutality with aggression that makes you clench your fist ready to throwdown with anyone who wrongly crosses your path. And so what if the album is only 22 minutes? It’s quality, not quantity!

Vocalist, guitarist Todd Jones told BraveWords about You Will Never Be One Of Us:

“I feel it's an improvement. The main thing is my vocals. After we recorded Abandon All Life, I made my vocals lower and, honestly, I just think it fits the music better anyhow. To me, that's a vast improvement. Musically, song-wise, I think it's an improvement. Abandon All Life, to me, was really aggressive and in your face and really harsh. That's how it was made to be, and we did it, and after we did the record we realized, hey, we really like this record, it's really good, but there's not a lot to really remember from it. We wanted to focus more on writing memorable riffs or vocal hooks for this new record. After you listen to Abandon All Life, you don't remember a lot of it. We wanted to try to fix that on this new record.”

Jones also talked about Nails brand of hardcore/grind being accepted by the metal scene:

“The metal scene is embracing us, that's just a fact. We're on Nuclear Blast. When we play shows I see lots of metal dudes and girls there. We're playing metal events, we're playing Ozzfest, we're playing metal festivals in Europe. But as far as where we sit, I don't know. Everybody comes to our shows. Punks, hardcore, metal, everybody comes to our shows. But what is a band really defined by? That's really the question. I can't really say anything really defines us. The only thing that really defines us is our spirit. Particularly, my spirit is punk, hardcore, and metal, an amalgamation of those three things. That's what I wanted Nails to reflect when we started the band, and it appears that we've done that because nobody really knows how to classify us, everybody hears us with their own filter. Sometimes they hear more metal, most of the time they hear more hardcore. I don't have a problem with any of those things; I'm just happy people like our band. If people consider us a hardcore band, that's fine. If people consider us a metal band, that's fine. I'm just happy people dig us.”

Check out the rest of the feature at this location .

“Much like how I've long said that Misery Index is one of the few bands today that carries the feel of Assück in their music, Nails is one of the few that carries the feel of the mighty His Hero Is Gone with them. For their Nuclear Blast debut, the band has not prettied things up in the slightest: the production is devastating, the songs go from raging d-beat hardcore to grind to a punk/metal hybrid that brings to mind Converge and Converge only, even if Nails really sounds nothing like Converge. At 22 minutes, it's positively epic for a band whose last full-length was 17 minutes (their debut was 14), but it's still short enough to maximize impact for music this intense (stop that pattern, though, guys: the short albums work very well for you, although the fact that 8 of this album's minutes are in one song is not lost on me).”

Read the rest of the review here .