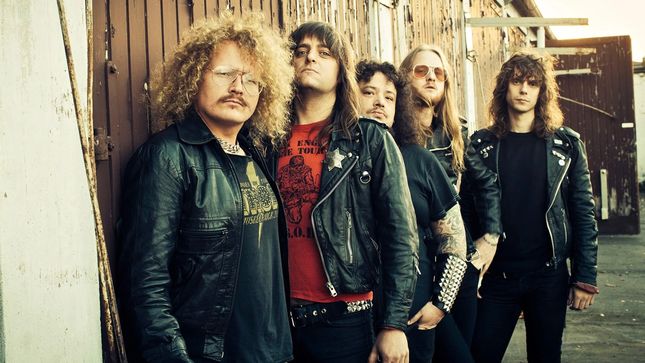 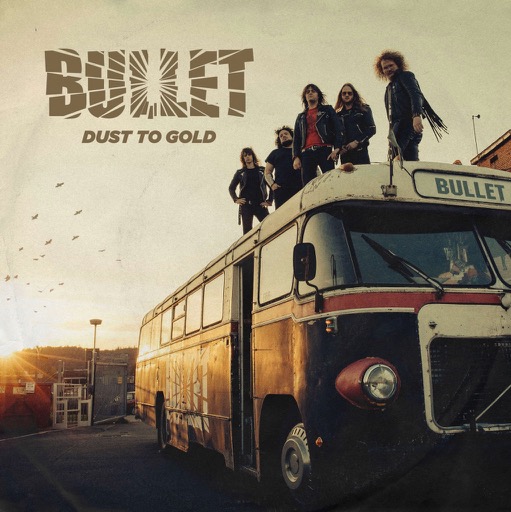 THOBBE ENGLUND - The Draining Of Vergelmer (Metalville)
Ex-Sabaton guitarist left the band for this? Whoever is providing career guidance (including taking on vocals) should be fired, ASAP. Only things drained were talent, patience and the local cesspool, which apparently went right into this record's grooves!

PURSER DEVERILL – Square One (Mighty Music)
Reportedly 30 years in the making, this off- on again collaboration between former Tygers Of Pan Tang guitarist/vocalist is so saccharine it makes “Love Potion #9” sound like underground black metal! Hope Deverill extorted the label, making them release this in order to also get the stellar live Hellbound/Spellbound '81. Would explain a lot: barely rock, certainly not metal. Avoid.

While not on social media, do have an occasion to visit band sites and become appalled by the stupidity masquerading as fandom. Sure everyone is (supposedly) entitled to their opinion (a sentiment quickly proving to be verboten on the Internet), but the sanctimonious attitudes exhibited, under the guise of anonymity, is astounding. Take, for instance, just one example (bands interchangeable): the ridiculous “No KK Downing/Glenn Tipton = No Judas Priest” mentality, posted on the band's official page. Really? Have you listened to Firepower? It's easily their best album since Painkiller, if not Defenders Of The Faith and who knows how much longer they'll be able to continue. Why not enjoy?

What/Who Needs To Stop In 2019
Reunions. For every Accept, where the legacy is enhanced by new material, there's 10 other coattail riders. Sure, everyone loves hearing the hits once again, but as more bands call it quits (and sadly, many more musicians die off), there's no thoughts to the future. Labels and promoters, seeking quick profits (during increasingly difficult financial times) preferring to book a “name,” perhaps with just one original (often inconsequential) member, rather than a killer, up and coming band.

With the recent (or impending loss) of headliners like Slayer, Motörhead, Ozzy/Black Sabbath, Twisted Sister, Manowar, Kiss, Aerosmith(?) AC/DC(?) the future of the hard rock/metal genre is at a crossroads. Where are the big stadium entities that can take out (support and groom) the next generation of bands? English speaking concerns keep trying to foist the likes of Avenged Sevenfold, Slipknot, Bullet For My Valentine, Disturbed, Asking Alexandria or Trivium, which have failed to take root overseas as legitimate replacements, while North American has been slow to embrace established European mega-stars like Nightwish, Sabaton, Amon Amarth, all still relegated to club tours over here. While some are concerned about staying power, only Ghost has ascended to the needed stature, on both sides of the Atlantic.

A similar dire situation exists for those that still care about sales, be it physical product or downloads. For every retread that issues something new (old concerts you can probably find on YouTube, demos of known songs, etc) the public's limited cash dictates a choice between old timers and a fledgling act who truly NEED the money/exposure. With fewer stages to play, the lifeblood of today's groups (merchandise sales) is curtailed and with reduced opportunity (due to oversaturation, thanks, in part, to resurrected outfits) far too many quality bands will die in their infancy, withering on an unwatered vine.

Do yourself and the metal community a favor: buy one less six pack a month and invest that money in attending a club show for a band you've never seen before or purchase a CD/download by the same. We'll all be the better for it! If you need some guidance, check out some of the names above and re-visit BraveWords.com throughout the year to learn about others.

On a personal level, increased participation in the contnuously expanding realm of overseas festival. Yes, will continue to support those attended in the past, including a 20th consecutive visit to Bang Your Head!!!, as well as perennial calendar penciled dates for 70000 Tons, Heavy Montréal, Summer Breeze and Knockout. Currently weighing option for Tons Of Rock (Norway) and Chania Rock (Crete). Stay tuned!

Check out our BravePicks 2018 countdown where Behemoth took the top spot here.