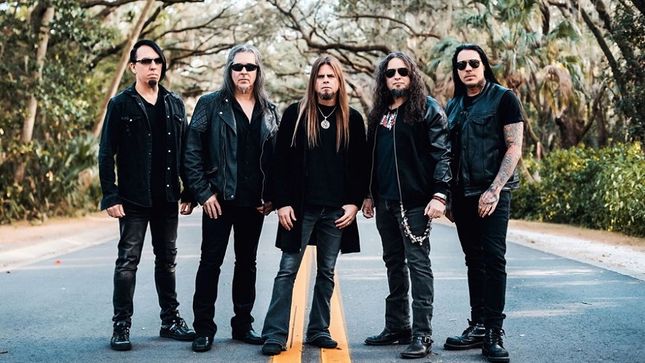 The rebirth of Queensrÿche has been fascinating. Wallowing in mediocrity with former singer Geoff Tate, his ousting has refreshed and reinvigorated the progressive metallers. Now on their third album with the golden piped Todd La Torre, QR has again unleashed a fierce and wonderfully melodic platter that holds the spirit of their lauded earlier works. Opener “Blood Of The Levant” is destined to be a live staple as the band weaves through philosophical and melancholic themes and deliver eloquent lyrics for the listener to think upon. The Verdict shows Queensrÿche has fully left their brutal past behind and has again established themselves as a can’t miss heavy metal act. The comeback is complete and QR takes its place at the #16 position.

In his review, scribe Ryan Owenson says, “ So, yes, The Verdict is a continuation of Queensrÿche’s rebirth, the effort full of the riffs and leads that made Queensrÿche a force before Empire took the band in a commercial direction. Even on initial listens, tracks like ‘Man The Machine’, ‘Light-Years’, and ‘Launder The Conscience’ showcase a group that has hit a latter-day career peak. Add in the full, dynamic production, and The Verdict might be the best of the La Torre-era albums, and maybe the best since Operation: Mindcrime (though Promised Land, for all its let’s-try-to-fit-in-to-the-‘90s confusion, is still an underrated record).”