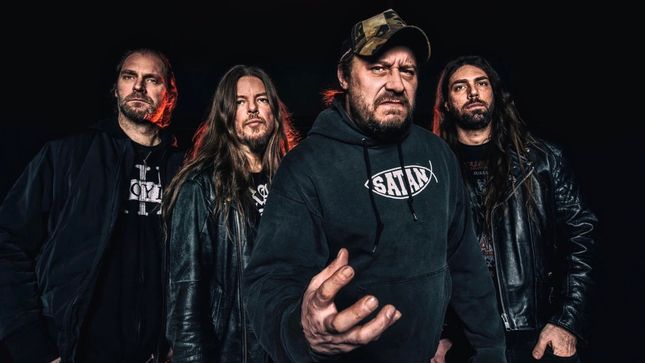 Top 4 Brave Embarrassments
SACRED REICH - Awakening (Metal Blade)
Still shaking my head how this was ever released without quality control or respect for the past. “I’m feeling ‘Low’” indeed. :(

What/Who Needs To Stop in 2020
Broken promises. Bow out like Slayer. Pick a date and end it. As sad as it was, the thrash legends went out on their own terms and with honour. The Scorpions, KISS, Aerosmith and the “fast move” the Crüe pulled on fans. Disgusting liars. But it’s no surprise the Stadium Tour’s ticket sales are breaking records.

As a super fan that’s been collecting music for decades, it’s just impossible to keep up. I’ve been collecting since the early ‘70s, but now it’s growing for the wrong reasons. Milking the public reasons. You go from a single release, to perhaps a limited edition. Now it’s well over a dozen different formats, colours. The vinyl craze still floors me. And what the fuck? We go from black to all colours of the rainbow.

Bands need to own it. Own a website. Stop piggy-backing on social media for exposure. Own your own “store” and promote it. Sell. Build your brand. Stop adding to Facebook and Instagram’s pocket. Follow the template and business model of the biggest rock band on the planet, Metallica.

Thoughts on 2019
Without getting too socio-political, when heavy metal gets darker, more vicious and essentially more evil, it manages to ease the pain of a world that wants to flush itself down the toilet. Picture that and you’ve got a sense of where Entombed A.D. were pointing at when they created the triumphant Bowels Of Earth. LG’s gurgling and earth-shaking vocal style took us down the left hand path again. Death metal until death.

But it doesn’t end there … despite overcoming life-changing health issues, Jeff Becerra can still sing and his roars just sent the ultimate shivers from my spine to my headbanging cranium with the likes of “No More Room In Hell”. Mayhem’s darkly-lit masterpiece, Flotsam And Jetsam’s continued (and vastly underrated) dominance and the Grand Magus juggernaut rounded out my top 5. So in 2019 once again heavy music thrived and connected with fans across the globe. 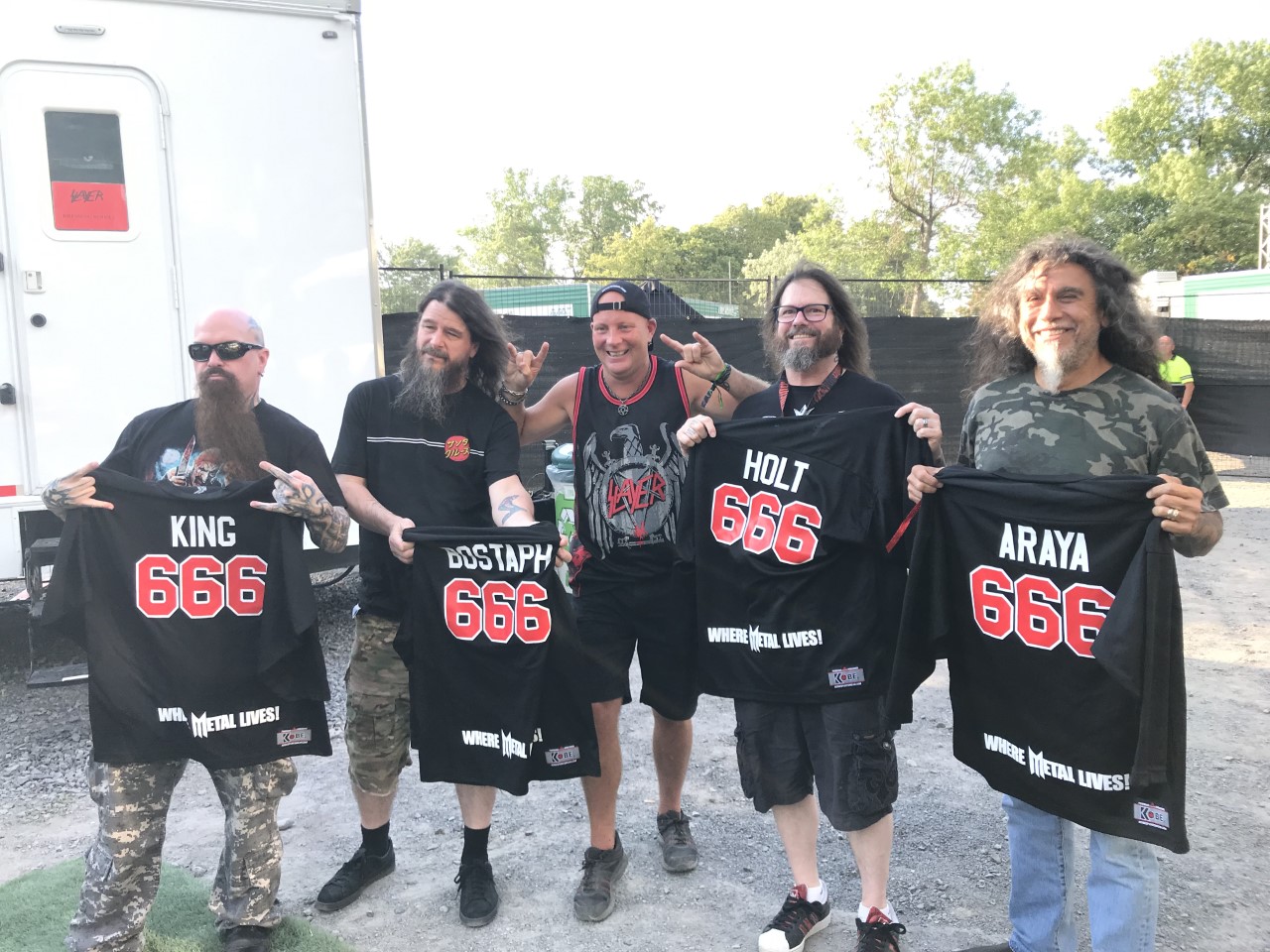 I’m still moved from watching Tom Araya stand upon stage after stage teary-eyed for five, ten minutes saying goodbye to crowds across the globe. Most of us cried with him as I’m still in shock that the greatest band is no more. Without Slayer, I wouldn’t be here, let alone BraveWords. And to have the honour of giving the band their own personalized jerseys was surreal.

With the official cancellation of yet another Heavy Montreal it just tells the story of struggle and industry disconnect. North America will never match Europe’s excellence in putting on a festival. From the camping, the markets, variety of food and booze. Just a beautiful family atmosphere for all ages and rages. And of course the incredible talent. Why I continue to say, skip buying lunch or coffee during the week. It’s simple budgeting. Save your pennies and fly overseas in the summer where you will witness events that will change your life forever. Even better, jump on board our partners 70000 Tons Of Metal for the ultimate heavy metal adventure!

And to top it off, Rob Halford was so excited to receive his jersey. Only for the bands and people that built BraveWords. 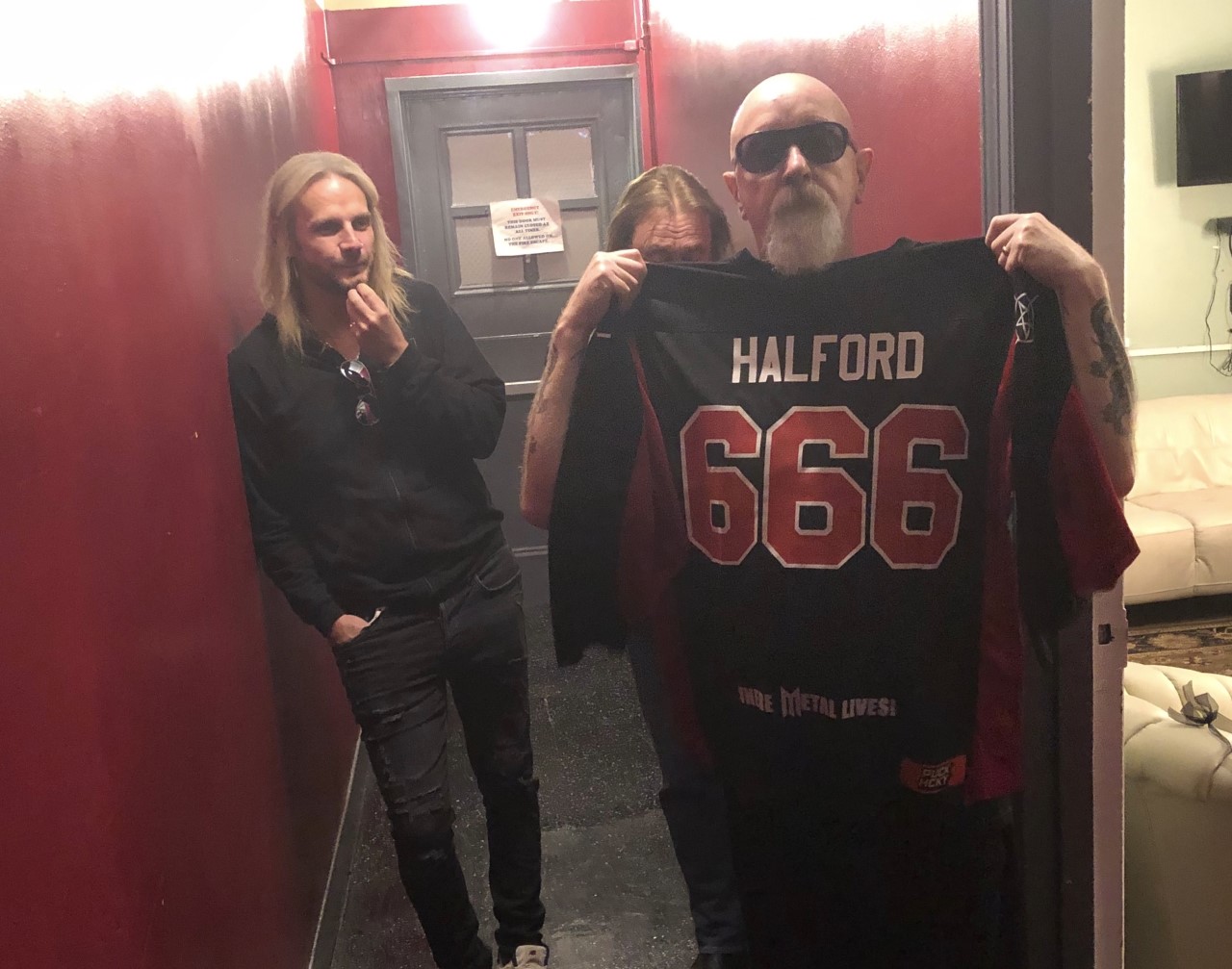 Metal Predictions for 2020
Scorpions + alumni will tour. Sabbath + Ward will say farewell properly. Kerry King will emerge with a vengeance. Priest will make amends with K.K. We are all getting too old to do battle eh? And wouldn’t it be a metalheads dream to see Iron Maiden embrace Paul Di’Anno again and have two legendary singers performing both eras.