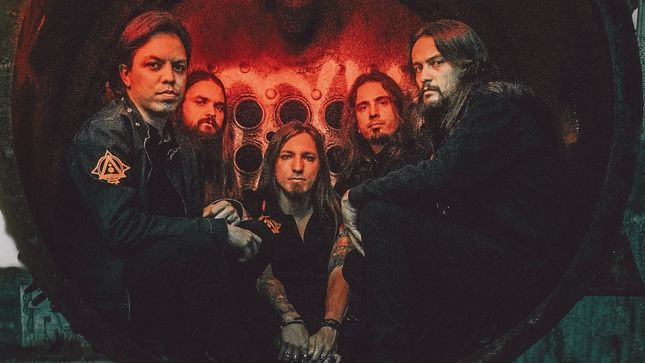 Frontiers Music Srl announces the signing of melodic death metal band, Sculptor. Hailing from Brazil, the band joins the label's rapidly expanding metal roster. The band is currently working on their debut album for the label, anticipated for release in 2020.

Based in the city of Curitiba (coincidentally and by happy accident, also the home of labelmates Semblant, Landfall Band, and Electric Mob too), the band was founded in 2015 by Vinne (vocals, guitars) and Rick Eraser (vocals), who are joined by Caco Ramos (bass), Fabricio Reis (guitars), and Mateus Schran (drums).

Their debut album, Untold Secrets, was recorded at the band's studio in Curitiba, produced by Vinne and Rick, and mixed by Linus Corneliusson at Fascination Street Studios (Sweden). A showcase of the complex influences the musicians acquired through their previous projects, for the uninitiated, the band's style can be described as musically akin to early era albums from Dark Tranquillity, In Flames, Soilwork, and Tiamat.

For a taste of the band's style, check out the single "Oblivion"

For melodic death metal fans and metal fans in general, Sculptor are a band to keep an eye on. Stay tuned for more news in 2020.