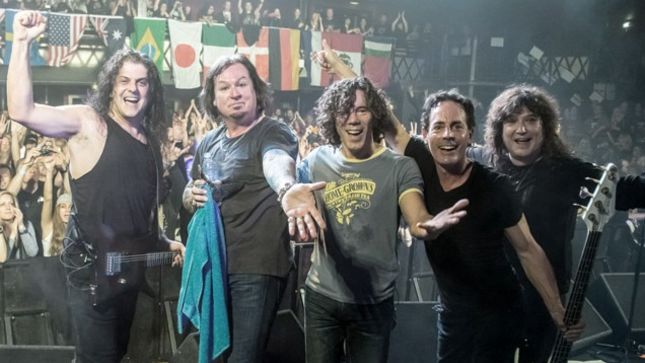 On the latest episode of Niagara's Industry 45 Show, host Shane sits down in the Giant TV studio with Canadian hard rock band, Brighton Rock. Stevie Skreebs (bass) and Greg Fraser (guitars) talk about the forming of the band, their first album Young Wild and Free, and producer Michael Wagener. They also talk about the age of MuchMusic, videos and how they changed the way people consume music.

Fraser recently announced the formation of his new band, Storm Force, featuring himself, vocalist Patrick Gagliardi, drummer Brian Hamilton, and bassist Mike Berardelli. He recently spoke with UK-based Get Ready To Rock! about the new band. Following is an excerpt from the interview.

Q: How did Storm Force come together and how did you hook up with Escape Music?

Fraser: "I’ve been accumulating songs over the years and I felt the time was right to make a new record. I originally was going to form a so called ‘Super group’ of Canadian All-star musicians and we actually had one in place but could not get it off the ground to even get in one rehearsal because of logistics & scheduling conflicts. I knew that it would be incredibly difficult to get it going let alone ever seeing the light of day. I definitely did not want to have a band where everybody recorded on their own and then mailed in their parts like a lot of bands are doing these days. I decided to find guys who were at the top of their game and hopefully live close enough that we can get together a lot more, and I really lucked out with the guys I found. They are all incredible musicians who I think really shine on this record and I feel privileged to be in a band with this kind of talent."

Q: Are there any plans for new music from Brighton Rock, especially as many bands from the late '80s are back and have been releasing new music. There have been rumours in the past that a new album was underway.

Fraser: "After we played Firefest in 2012 we were so pumped from the response that we decided to make a new record, but like I mentioned our schedules are so scattered that we soon realized that it was going to be impossible to make the record that we would all be proud of. It’s so hard for us all to be in the same room these days because everybody is all over the place. Even rehearsing for a show is very challenging. The last thing we would want is to put out a record that wasn’t up to par with our previous records just to have a record out. So we decided to give up on it for the time being.

Maybe some day all our schedules will be alligned and we can give it another shot. We did manage to finish one song called ‘End Of Time’ which was mixed by Beau Hill and released in early 2019. That song came out great. We also did a remake of an old KISS song called ‘Creatures Of The Night’ that we also did a video for. You can check out both songs on YouTube." 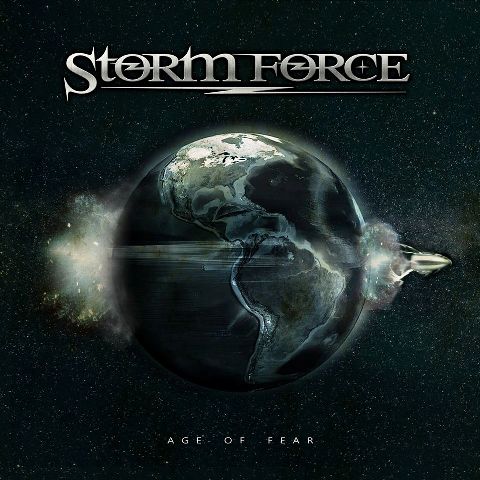 The debut album, entitled Age Of Fear, will be released on January 25th, 2020. The tracklist is as follows:

Storm Force’s groundbreaking new record is the result of a rich blend of rock influences spanning Triumph, UFO, Thin Lizzy, Foreigner, and so many more, and will be available on Escape Music worldwide. You can pre-order your copy now from The Music Shop.