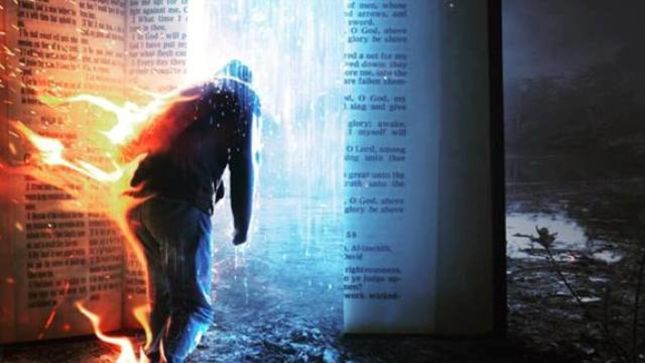 Canadian multi-instrumentalist Robb Finlayson has checked in with the following update:

"Hey everyone. Just making a quick announcement that I am doing a special release for the single 'Promises' on March 1st. Pre-order for the single starts on February 8th. All proceeds from this single will be donated to mental health awareness and suicide prevention. I wrote this song to honour those that have been lost or affected by suicide. Please share and support the song as it will be going to charity!

I am giving everyone a listen to the complete song on YouTube right now. Many talented people were involved in this track. Alexa Ray on vocals, Ryan Van Poederooyen on drums, Jason Van Poederooyen mixing and mastering . The lyrics to the song are in the description. I hope you enjoy it!"

Finlayson recently spoke with BraveWords scribe Carl Begai about the follow-up to his Winter's Apprentice album, which is currently in the works, and his Skye Asylum project.

Finlayson: "My second solo album, The Beauty Of Rage, is in the middle of being mixed right now and is a much heavier album than my first one, with Jon Howard (Threat Signal, Imonolith) doing the majority of the vocals. Ryan Van Poederooyen (Devin Townsend Project, Imonolith) plays drums on all the tracks. I went all out as I felt the material I wrote was strong and needed the best I could find to support the music. Plus, Ryan is good friend of mine. I don’t have a release date yet but I'm sure it'll be some time in March. I recorded The Beauty Of Rage at the famous Sunset Sound Studio in Hollywood in Studio 2, which was used by Led Zepplin, Slipknot, Van Halen and Rage Against the Machine.

I created Skye Asylum, which again is just me doing the songwriting and playing. I created a different name so I can explore the symphonic / cinematic  music with a metal edge; something along the lines of Nightwish and some of the gaming music from things like Skyrim, etc. It’s going to be heavy in spots, symphonic throughout, and follow a strict storyline. One song I have called 'Eberron' is almost 20 minutes long. I will start recording mid-next year as I have most of the material written and scored but needs arranging and lyrics added.

My 'solo' stuff will remain heavy metal and the Skye Asylum stuff will have elements of that but be more experimental and symphonic."

Check out snippets from The Beauty Of Rage and Skye Asylum below.