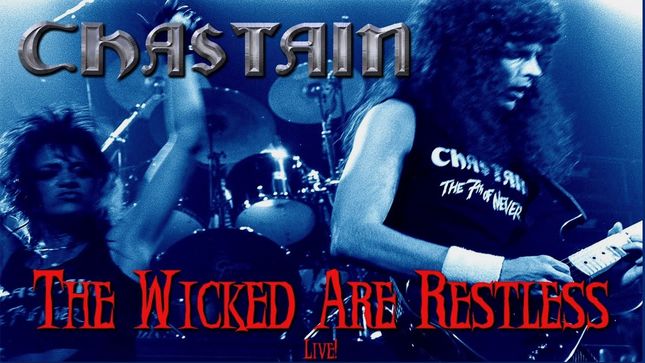 Chastain have released the video below, along with the following message:

"Chastain - featuring Leather Leone on vocals, David T. Chastain on guitar, Mike Skimmerhorn on bass, Les Sharp on drums and special guest Pat O'Brien on guitar - toured the United States in support of their The 7th Of Never album. The last night of the tour they played Harpo's in Detroit. Unbeknown to the band someone was shooting an unsanctioned video of the band. That tape was traded and sold in the metal underground for years. We decided to take that tape, remaster it and put it in HD so it could be officially available for viewing. 'The Wicked Are Restless' is a track off The 7th Of Never."

Divebomb Records recently released the 30th Anniversary edition of For Those Who Dare, adhering to Chastain's original intent by restoring Steve Fontano's (Prairie Sun Studios) more balanced mix - as well as additional background vocals, ad libs, and "ear candy" that have long been missing from the Roadrunner release in 1990.

As usual, the disc has also been remastered by Jamie King Audio, and is packaged alongside a detailed booklet - revised and expanded from Divebomb's initial 2010 reissue to include additional photographs and a retrospective interview with David T. Chastain and Leather Leone. For the fans, by the fans! 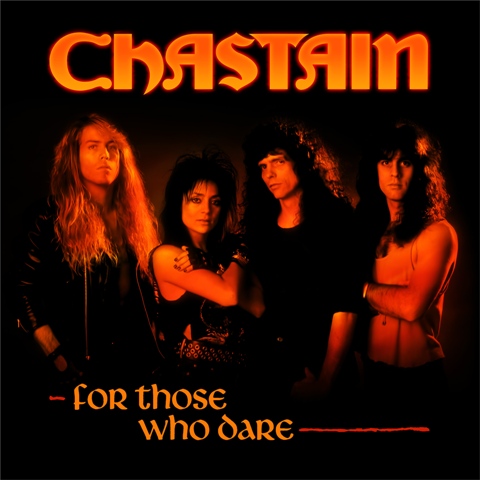 Bonus Demo Tracks
"Play Their Games"
"I Cast No Shadows"