CHICKENFOOT’S Get Your Buzz On To See Re-Release This Month; Trailer Streaming 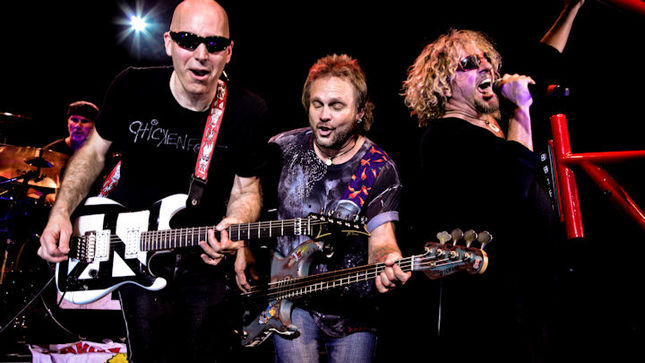 After overwhelming demand, MVD Entertainment is reissuing Chickenfoot’s Get Your Buzz On on November 23rd. Directed by the award-winning Daniel E. Catullo III (Rush, Creed Godsmack, Smashing Pumpkins), the film was shot in high definition with 16 cameras over three sold-out shows in 2009; one full show shot at the Dodge Theater in Phoenix, AZ, and segments from shows at the Tabernacle in Atlanta, GA and The Rock & Roll Hall Of Fame in Cleveland.

The bonus features are robust and include never-before-seen backstage footage, interviews with the band, extra performance footage, a photo gallery and not to be missed funny segments featuring surprise special guests Adam Corolla, Bob Weir and Christopher Guest as Nigel Tufnel from the hit movie Spinal Tap.


The 90-minute show was mixed in DTS 5.1 Surround Sound by Mike Fraser (AC/DC) and features the following tracklisting:
“Avenida Revolution”
“Sexy Little Thing”
“Soap On A Rope”
“My Kinda Girl”
“Down The Drain”
“Bitten By The Wolf”
“Oh Yeah”
“Learnin' To Fall”
“Get It Up”
“Immigrant Song”
“Turnin' Left”
“Future Is The Past”
“Bad Motor Scooter”
“My Generation”