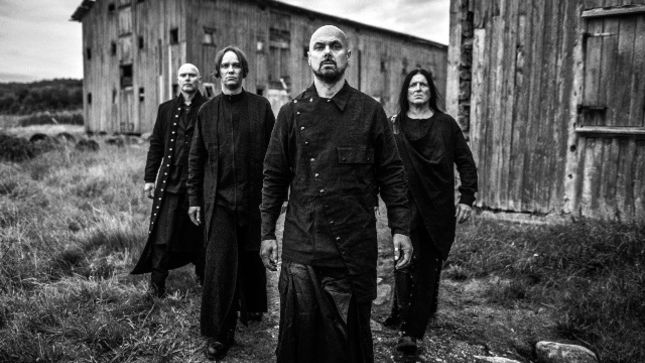 Conception - the band fronted by vocalist Roy Khan before he joined Kamelot in 1997 - are gearing up to record a full length album as a follow- up to their My Dark Symphony reunion EP from 2018. Khan has posted the following message:

Khan: "We are so grateful to our fantastic fans and the support they have shown, so it feels natural to move on to a full album. We have lots of new exciting material we long to complete and just cross our fingers that we will be able to release a full album in 2020!"

A crowdfunding campaign to suppport the making of the album has been launched here.

Conception recently played two sold out comeback gigs in Norway. Metal Express Radio had a chat with Khan and guitarist Tore Østby between the gigs. Listen to what they had to say about the comeback and the future plans for the band.

Norwegian prog metal band Conception, featuring former Kamelot vocalist Roy Khan, announced shows for April 26th and 27th - their first live gigs for well over a decade - in the band's hometown of Gjøvik, Norway. They performed songs from the new EP, My Dark Symphony, as well as their classic albums. Fan-filmed video from the April 26th show is available below.

Conception was formed in 1989 by Tore Østby (guitars), joined by Roy Khan (vocals), Arve Heimdal (drums) and Ingar Amlien (bass). They are known for melodic and rhythmic music of a unique, powerful, yet dynamic blend, with influences from flamenco, jazz and classical music. After a break from releasing music of over two decades, Conception released their brand new My Dark Symphony EP in November 2018.

Conception have released their first new music in over 20 years. Their new EP, My Dark Symphony, is now available and is streaming below.

"Re:Conception"
"Grand Again"
"Into The Wild"
"Quite Alright"
"The Moment"
"My Dark Symphony"

Khan was a member of Kamelot from 1997 - 2011. In a 2014 interview with local Norwegian media, Khan revealed that he had burned out after overworking himself for years, and that he decided to quit the band before the tour in 2010 to prioritize his health and family, but in an agreement with Youngblood and the rest of the band, they would not announce his departure in case he recovered and changed his mind.