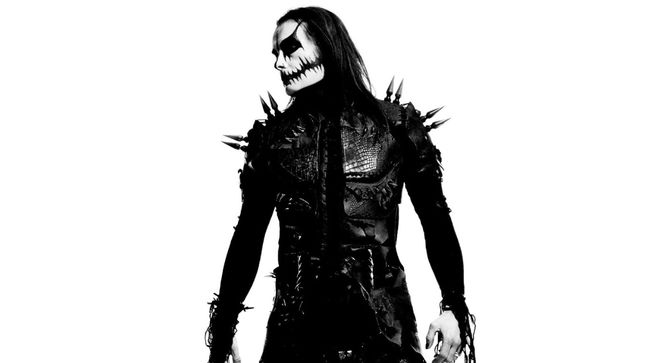 On October 30th, Cradle Of Filth will be streaming their performance from St. Mary’s Church in England. Vocalist Dani Filth recently spoke to Perran Helyes of Knotfest.com about the result of months of intensive work. An excerpt follows:

Let’s talk about St. Mary’s. It’s a perfect space to house the unholy grandeur of a Cradle Of Filth show, so what’s the background of the building and your connection to it?

"Well it’s Colchester Arts Centre which often has been a venue for bands, but it’s taken a long while to put this together because of the logistics. With travel, we have people in our band from all over the place, so that’s the first hurdle. Originally we were going to do something in the Czech Republic because you can still have some semblance of a normal gig there with a limited audience, but it turned out to be easier to get two people over to the UK if they have to quarantine than all of the crew getting to the Czech Republic. Colchester Arts Centre then ended up having restorative work done, so originally, this livestream was supposed to happen back in July. We’re not latecomers to this, but it’s been so difficult to pin down that we decided to just do it at Halloween which is right for us. It’ll coincide with the 20th anniversary of Midian, it’s perfect, and maybe by then travel corridors will be a little more lenient. The church seemed to be the best point of call, it’s close to where I live, a few members of the crew live around here as well, and we’re going to be rehearsing in the church as well."

How busy are you right now? Is it all-go every day in not just rehearsals but organising the cameras and the streaming tech and all the things people don’t consider?

"Things are happening all the time, as with everything it’s mutant and survive. The fans really want a concert obviously but the band more so, as this will be our first time together in almost a year. We’ve literally just finished recording an album which we’ve had quite a long time to do to be honest. We were very fortunate that Martin (Skaroupka) came in to do drums just before lockdown, and since then everyone’s just been chipping in bits. I’ve had the longest as I live close to the studio but it means we’ve been able to revisit songs, amend things, try loads of different ideas. We’ve probably gone over-budget but we don’t really care about that as it’s going to be the best sounding record we’ve ever done, and probably the best-written record. It’s been quite relaxing oddly being able to take our time with it without that pressure of deadlines, but it does mean with everyone doing things in parts as we were able, we’ve not all been together since the last show, and haven’t been with our new keyboard player as well who contributed to the album but hasn’t yet played a show. This will be the first and everyone is moving all of the time to make sure all of these things get done properly."

On that new album then, what can you tell us about it at this stage?

"It’s going somewhere entirely different from the previous records. It’s not going into space yet, but it’s different. I hate describing our albums because I get tongue-tied about them. There is a bit of experimentation in there. It’s heavier, faster, slower in parts. It’s definitely going to have a unique sound to it where we purposefully took that on board, aiming for a more natural live sound that’s more spacious. Like I said, we had that extra time to work on the record given to us this year… before all the leeway was taken back again."

You can order your tickets for the live stream here.

Not only can you buy a ticket for the live stream but fans will also be able to buy not one but two different exclusive t-shirt bundles as well as an exclusive limited to 100 people VIP experience graveyard meet & greet with the whole band from rehearsal on October 24 -  so order quickly as this will sell out right away.

If you cannot watch the show live, tickets will be available to watch or re-watch on the site until November 12.

The concert will begin at 10 PM, BST / 11 PM, CEST / 3 PM, PST / 6 PM, EST and is the only live performance of Cradle Of Filth happening in 2020. With this atmospheric online extravaganza, the band promises to deliver a show of malefic proportions just in time for this year’s Halloween.

So, grab your tickets and be ready when the tortured souls and spirits gather this October 30, in St. Mary's Church, Colchester to witness the electrifying and horrific presence that is Cradle Of Filth.