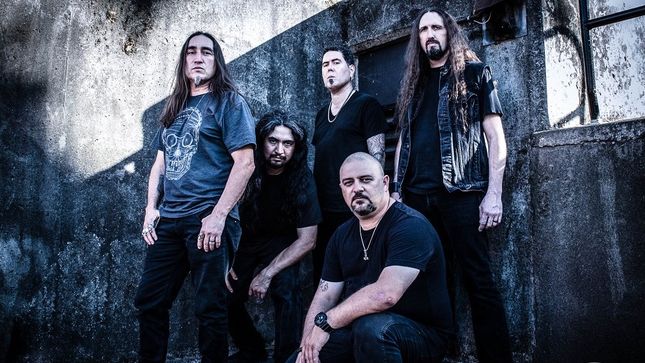 Singer Jacques Serrano has contacted BraveWords with news that he and Oakland-based thrash band Cultural Warfare have parted ways.

Says Serrano: "I have left Cultural Warfare amicably and am now concentrating my musical endeavours on the seminal bay area thrash band Annihilation reunion as well as another music offering from Taunted in 2020."

He continues: "I am ready to rock hard and ride free with these two other metal bands."

Meanwhile, Cultural Warfare have issued the following statement: "It comes with a heavy heart that our long time vocalist and brother Jacques Serrano and Cultural Warfare have decided to part ways. There is no ill will or bad feelings towards one another as this decision is mutual due to musical differences within the band. Jacques has been an instrumental part in the growth of Cultural Warfare these past few years leading us as our front man. We want to thank him for all he has done to help push Cultural Warfare in an upward trajectory. CW released an EP Future Kill and an LP Warmageddon during his tenure as our lead vocalist and we will always be proud of the music, shows, and memories we created together. He will always be our brother and wish Jacques nothing but the best in his future endeavours in life and music. With this said, we all have agreed it is best to withdraw from our remaining upcoming shows so that we can focus on the future of the band and Jacques can focus on his future endeavours as well."