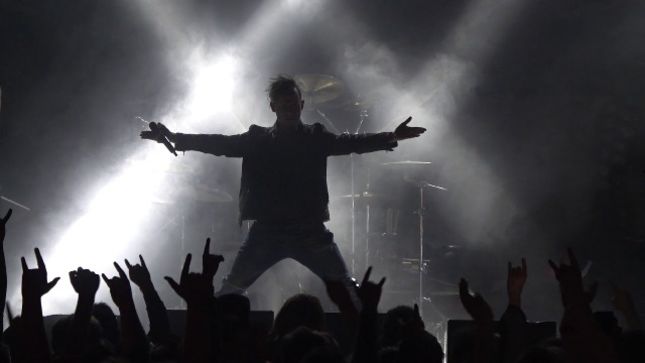 The clip below features Cyhra frontman Jake E doing a vocal cover of "Never Enough", taken from the Hugh Jackman film The Greatest Showman, which was released in 2017.

Earlier this year, Jake and keyboardist Vikram Shankar (Redemption, Lux Terminus) recorded a cover of the Kamelot song "A Sailorman's Hymn". Check it out below.

"A Sailorman's Hymn" is taken from Kamelot's album The Fourth Legacy, released in 1999.