DAMON JOHNSON - "I Am Shamelessly A Rock Artist" 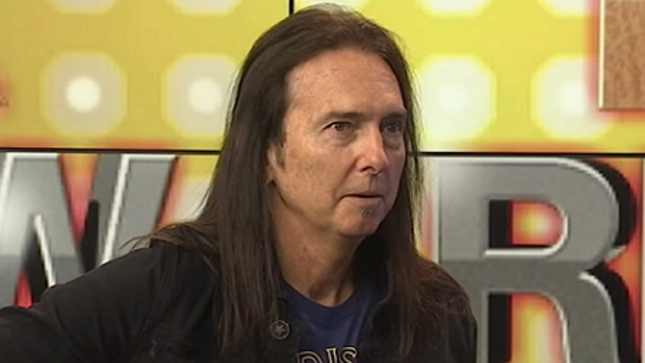 During the chat, which can be seen below, Damon spoke about Memoirs Of An Uprising, commenting, "To have this batch of songs, I felt like I had really expressed a complete idea. I had some themes I wanted to cover lyrically; it's the first time I started with the lyrics and then brought the music to it. It's always kind of been the other way around."

In addition to being the first single from Memoirs Of An Uprising, "Shivering Shivering" is also the first track on Memoirs. "This song started with a great set of lyrics from my longtime friend and musical brother, Jim (Johnny Blade) Troglen," Damon tells us. "It really set the foundation for the other new songs that were soon to follow. There was a focus during this writing process unlike any I can recall from my past, and the diversity in dynamics and quality of the storytelling reflect that."

Physical copies of Memoirs Of An Uprising, including vinyl, can be purchased here.