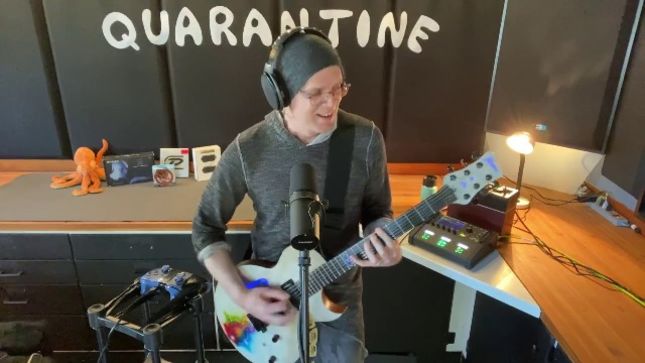 Devin Townsend has checked in with the following announcement:

"Hey all, onward into the unknown. It’s time for preparation of the Quarantine Concert #5, Rarities By Request. This one will be held on Saturday, October 31st, and will be yet another experiment in trying to bring some live performance into your lives during these times. For this one, I will be performing in a very interesting way, rare songs from my catalogue. Songs I’ve been asked to play for years but for the most part have never done so. Pick ten of these and I'll play whatever the final results will be!"

Go to this location to pick the songs you want to hear.

Check out Townsend's Quarantine Concerts #1 and #2 below, which raised $45,000 and $81,000 for the Vancouver Hospital Foundation and the UK's NHS respectively.