DEVIN TOWNSEND Gearing Up For Work On Four New Albums - "Empath, The Moth, A Complicated One, A Beautiful One..." 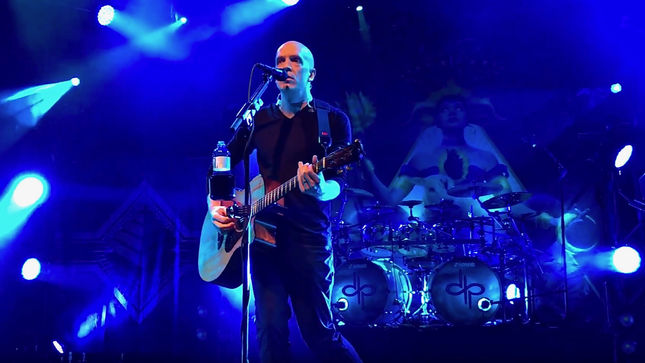 Canadian vocalist / guitarist / producer Devin Townsend recently took to Twitter revealing that he has ideas for four separate albums in the works. Check out his posts below.

Condensing all these ideas, I have themes for 4 albums I think...

Empath, The Moth, a complicated one (untitled), a beautiful one (untitled) though there are some Casualties songs and heavy songs too...

First release will be Empath.

Empath is a dtp album...

“After a long and successful year that has been nearly 200 shows already, we are finishing up our touring year with another run of the United States in which we get to some new markets and a new crowd,” says Devin Townsend. “Since their first album, I have been an avid fan of Clutch. In certain frames of mind, there is no finer band. The aesthetic of the style of music they play juxtaposes perfectly with their forward thinking and inspiring lyrical content. I love Clutch. Although on the surface it may seem like an odd pairing, but we met recently after a show in Ireland and I found we were on the same page about a lot of things. I think the best tours typically include several different vibes, and this one with Clutch and The Obsessed Is really exciting for us.

“We wanted to get back to the States before this year concluded, and to be invited to be part of this bill is really flattering. We look forward to playing again and with a new set.”

Devin Townsend isn’t going to be taking time off once the tour is over, and 2018 is already looking to be a busy year for him. As he explains, “After this tour, I have five projects I've been working on, and I can't wait to get started on them, I feel so fortunate to be able to do this for a living. Thank you for the support and faith. Let's do this.”

Check out Devin Townsend Project at any of the following tour stops.