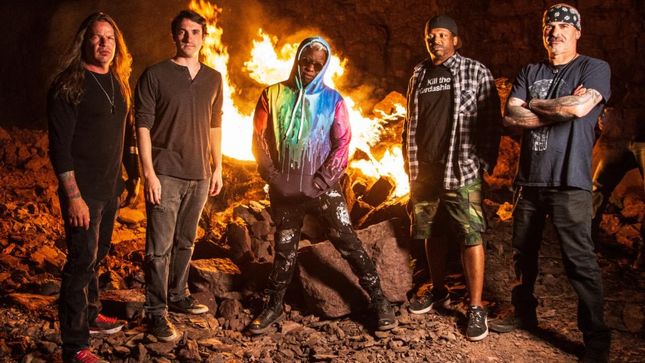 Disciples Of Verity (D.O.V.), the powerhouse newcomers fronted by vocalist Corey Glover, has revealed a new single and lyric video for the song “The Flow,” featuring a guest appearance by Sevendust drummer Morgan Rose, from the band’s upcoming debut, Pragmatic Sanction.

“The idea that the world isn't giving you what you deserve is universal,” Glover explains of the song’s concept. “Given the unrest in the world, today it’s more than an idea.”

Rose adds, “Any time you get an opportunity to track music with a legend, you jump. The track f’n rips. Corey sounds better than ever.”

“The Flow” is available today on all digital platforms. Visit here to download the single. Pragmatic Sanction is set for release August 7. Presales are available on Bandcamp.

The band's first single, "Worthy", features Jeff Loomis (Nevermore, Arch Enemy) on guitar and is the first track off of new record.

"No matter what you go through as long as you're breathing and still here to see another day, it is another chance. Being worthy though, that is the rub you are always trying to figure out. The heart and mind play against each other. Your mind may says you aren't good enough, but your heart knows you are worthy. That said, I am here for a reason. I am ‘Worthy’." - Corey Glover