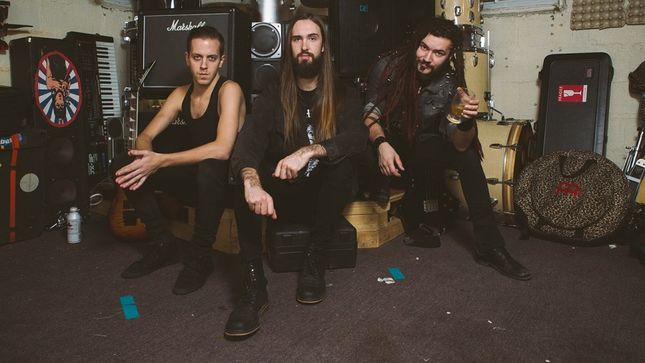 Taking a break from relentless touring of Ontario and Quebec during this summer, the band shot their latest video "The Wild" on the shores of Lake Ontario, inviting friends and fans to join them on a pirate ship where the outcome was rocking the boat, walking the plank and one hell of a party!

BraveWords is premiering the new video – check it out now!

The band comments on the video:

"We are excited to showcase our new video, ‘The Wild’, for fans both new and old. This song is the headbanging party track off our latest album Early Signs Of Denial and we wanted a video to reflect that intensity. So we gathered a crew of our fans and friends from the Toronto music scene, rented a pirate themed boat intended for children, prepared and consumed some pre-sailing cocktails, and played a live show for all on board. The video was shot by Toronto based videographer/photographer Katherine Kwan (IG: kawaiiathy) who did a fantastic job capturing the look and spirit of what we wanted for the song as well as showcasing some great shots of the city skyline. The day, the show, and all the people involved with the video we say thank you! And for the rest of you, turn it up, grab a drink, and enjoy ‘The Wild’!"

November
10 – Toronto, ON – Coalition TO