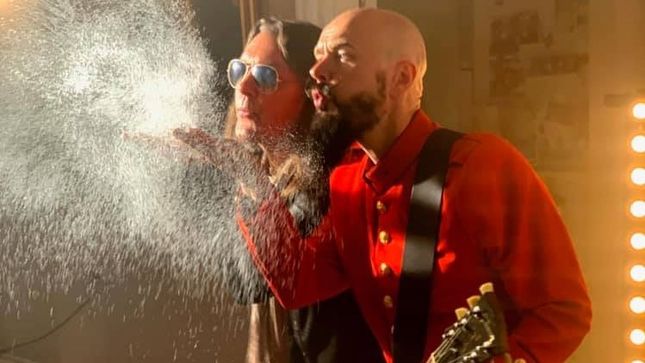 Denmark's guitar rock no. 1 returns with a rocking Christmas song, “All I Want For Christmas Is An Electric Guitar”. The single is available in digital format and 7" vinyl as a standalone single (with both rock and acoustic versions). Meanwhile, the band is preparing their new live album 10 Songs 10 Cities, out December 6 via Mighty Music. Ring in the Christmas season with the new single, premiered exclusively through BraveWords!

When the guitarists in Electric Guitars were kids, they both dreamed of getting an electric guitar. A long-time has passed and several Christmas evenings went by where they had to clear the tones of an old acoustic guitar. But one Christmas day the dream became real and since then they have both spent most of their time on electric guitar.

Now Søren Andersen and Mika Vandborg have written a Christmas song about the feelings, hope, and dreams as a child of getting the electric guitar.