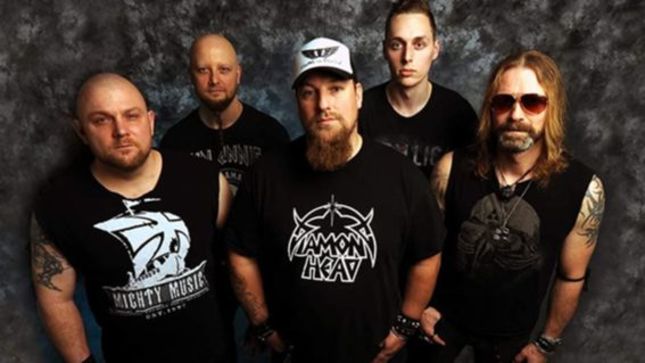 The Copenhagen-based hard rock band Statement is up to their name with its new official video. "California Dreaming", a cover version of the famous The Mamas & The Papas song, turns out to be a solid, bold statement in the world today. It has been released in the Force Of Life album, in March this year, out through Mighty Music.

The band states "California Dreaming is the equivalent of the American dream and the American revolutions political X-Factor. What would it look like if various American presidents had a serious side job - as ROCK MUSICIANS for example? We are living in a society where popularity not necessarily equals talent - no matter your profession. Everybody is human, whether they are presidents or homeless, nevertheless, everyone has dreams, but every dream cannot be bought for money.”

And continues: "Donald Trump says he does not want to visit Denmark, but did you know he visited Denmark with his rock band in the ‘60s, ‘90s, and present? The first time the sky was grey. The second time, all the leaves were brown. The third time he was trying to make America great again? Now the show is canceled because of Greenland. Maybe he was already thinking of buying Greenland for another California Dreaming back then? If you want the American dream, make it or take it.”