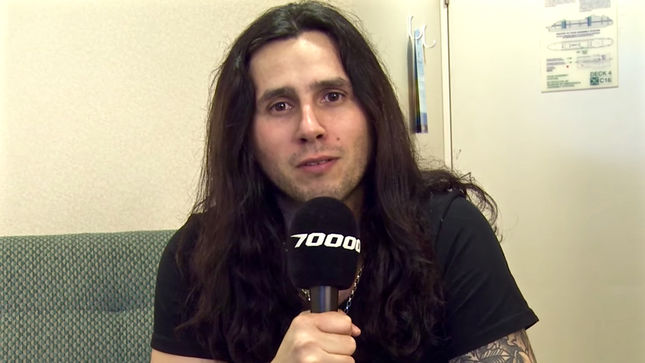 This week's episode of 70000tons.tv’s Musician Monday can be found below, featuring Greek melodic metallers Firewind. Pool Girl Kim catches up with guitar legend Gus G​. on board Round 6 of The World's Biggest Heavy Metal Cruise.

After having performed on the 70,000 Tons Of Metal cruise earlier this year, Firewind are now announcing a return to European stages, which sees the group led by guitar-wizard and Ozzy Osbourne band member Gus G. play some summer festival events as well as a European/UK tour in November, featuring a best-of set from the band’s rich catalogue.

Firewind are currently working on new material for an upcoming studio album release, expected later in the year.