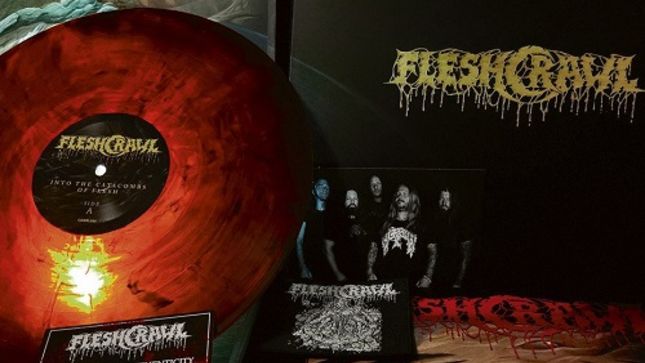 A wooden vinyl box set of Fleshcrawl's 2019 album Into The Catacombs Of Flesh - strictly limited to 500 copies worldwide - including a limited vinyl (red/black marbled), a signed autograph card, a poster, a patch and a certificate of authenticity is available now via Nuclear Blast and Bandcamp. Check out the official unboxing video below.

Now, the time is right to unveil the next bloody chapter in the undying history of Fleshcrarwl. Into The Catacombs Of Flesh is the first album released via Apostasy Records. The long-awaited follow-up to Structures Of Death (2007) is fulfilled with pent-up rage and more than 30 years of death metal experience.