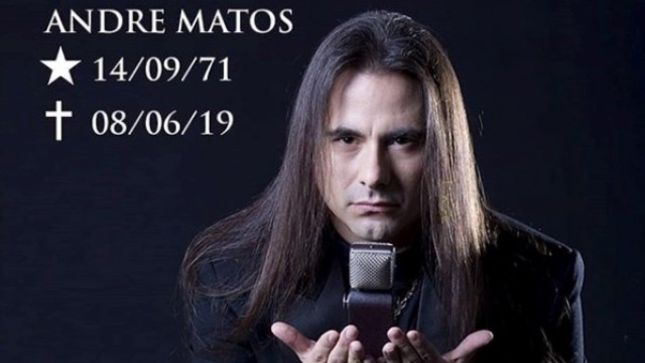 Former Angra frontman André Matos, who made his start with Viper in 1987, has died at age 47. Former Angra drummer Ricardo Confessori - who also worked with Matos in Shaman from 2000 - 2014 - broke the news via Facebook:

"It is with deep pain in our hearts that we say goodbye to André once again, this time definitively."

Angra has since released the following statement:

There are no words right now that describe the size of the void left in the hearts of those who loved him closely and far Brazil loses an irreplaceable talent of the genre heavy metal and with it dies the hope of seeing it on our stages again.

May the angels receive your soul and may the goddess of fire keep the flame of her artistic legacy alight always. R.I.P. Andre Matos."

No cause of death has been confirmed at this time.

Matos also worked with former Stratovarius guitarist Timo Tolkki in the short-lived project, Symfonia, through 2010 and 2011, releasing one album (In Paradisum). Tolkki has issued the following message:

"I just heard that my ex bandmate Andre Matos has died. My condolences those near him and all of us that loves his music. I'm in shock. I'm so, so very sorry about this. I need to be with people I love now. Rest in peace, friend."