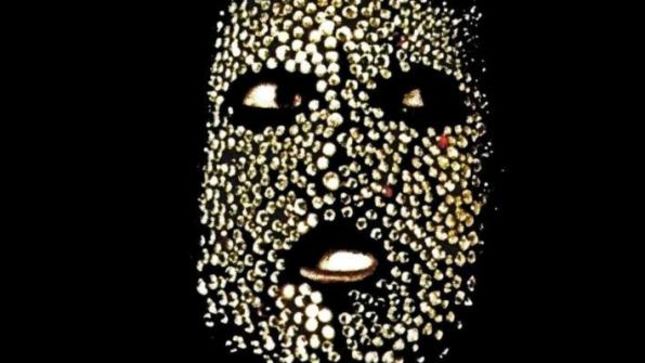 Former Samson drummer Barry Graham Purkis (aka Thunderstick) is gearing up for the release of a new album, Something Wicked This Way Comes, on July 31st. He has issued the following statement with regards to his return to the scene:

"This is an album that is befitting of the Thunderstick of another era, but screams relevance for today. The whole thing came about because of the tragic death of our former vocalist Jodee Valentine at just 55. Jodee's passing hit me really hard and I wanted to do something in her memory. There are some songs that we were playing live first time around that had never been released, coupled with some new tracks that have been written purely for this album. A new lineup. A new album. A new era."

Tracks are available for streaming and purchase via the player below.

Following his departure from Samson, Thunderstick went on to form his own band consisting of two guitarists, bass, and female vocalist. They released the Feel Like Rock N' Roll? EP in 1983, the ful length album Beauty And The Beasts in 1984, both of which were remastered for a 2011 re-release under the title Echoes From The Analogue Asylum, which also featured unreleased material. The band split in 1986 after having recorded their yet-to-be-released final album Don't Touch, I'll Scream.

Jimmy Kay from Canada's The Metal Voice recently spoke to Thunderstick about the early years in NWOBHM band Samson with Bruce Dickinson on vocals (Iron Maiden). He also spoke about a new book and new album called Something Wicked This Way Comes.

On how Bruce Dickinson first joined Samson (prior to Iron Maiden): “Samson had been playing as a three piece and we had been approached by then CBS record company and they were looking at signing a hard rock band and they had their eyes on us. They had told our management we would stand a better chance at getting a big record deal if we had a singer up front.

"We just finished touring in support of the debut album Survivors and we went down to this pub and there was a pub band playing and sure enough it was Bruce singing. Paul Samson and I looked at each other and said this guy is really good singer. Part of Bruce's stage show was that he would start picking holes (making fun of) in the audience and having jokes at the audiences all done in a lighthearted way. At this particular gig the only place Bruce could use as a dressing room was the men's toilet. Bruce was doing a costume changes in the toilet, so we went into the toilet after Bruce and he thought because he was picking holes at me (making fun of ), he thought  we went there to beat him up. We got talking, and we said would you mind joining our band and he said I cant I want to finish my history degree. So what he did was when we had those three piece gigs he would come out and join us just for the encore and that was it. As soon as he joined the band for real we started recording. He had a lot of material, we had a lot of material, we joined forces and that is what became of Samson's second album Head On. "

Did Bruce have the same business smarts back then with Samson as he has today in Iron Maiden: “Bruce had a zest for life. He was hyper all the time and he thought rather than have an agency to book our gigs, he could get on the phone and book all the gigs himself. Bruce just sat there in the offices of our management, got on the phone and booked a tour."

How Barry helped Bruce find his voice in Samson: “His voice was very juvenile in the early days. Bruce had never recorded an album before. I took a lot of the production credit, I sat there with our sound engineer during Head On. We did all his vocal tracks and he was finding his own voice.

"Bruce loved Ian Gillan, first time he met Ian Gillan we were recording our album in studio doing some overdubs and Ian Gillan came in and came into the control room. Bruce then ran out to the toilet. Gillan said to us you better go get your singer cause the last time I saw or heard him he was in the toilet farting up. That was due to the nerves of meeting his all time hero Ian Gillan."

Part 1 of the interview can be seen below: