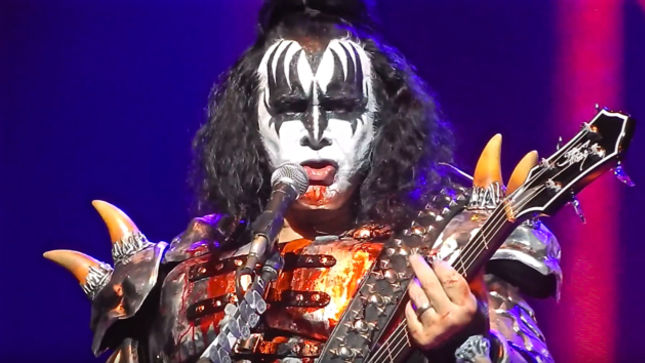 While speaking with Rolling Stone about the 40th anniversary of KISS’ Destroyer earlier this month, Gene Simmons digressed to reflect on the anniversary of some other recordings he made in 1976: his demos with Van Halen.

The bassist had caught the group when they were still in their infancy, playing the Sunset Strip club circuit, and he offered to put them to tape and consider them for a label deal.

"I discovered the band," he says. "I saw them and signed them and flew them to New York and put them in Electric Lady Studios. They were signed to my company, Man of 1,000 Faces. I produced their 24-track demo — 15 songs — which I still own, and, oh, it has everything from the first record and also faster versions of 'House of Pain' and stuff. It's a lot of cool stuff, but the band just doesn't want it to come out — you know, the back and forth with [David Lee] Roth complicated matters."