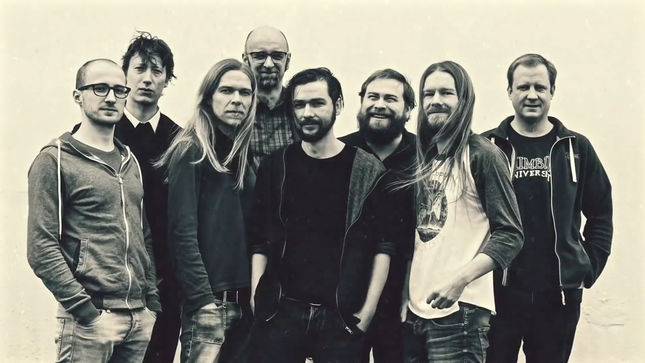 German progressive metal band, Dark Suns, will release their fifth studio effort, the double album, Everchild, on June 3rd via Prophecy Productions. Recorded in Berlin's Funkhaus Studios (Europe's largest studio complex) with producer Yensin Jahn (Alice Cooper, Yo La Tengo), the album is the band's fifth full-length effort and follows 2011's Orange, which was hailed as "an album which embraces the sounds of early and vintage progressive, psychedelic, and jazz rock". In celebration of the record's release, the band premieres the new song "Spiders”, now streaming below.

“As well as being the second track on the album, “Spiders” was also the second track we wrote during the songwriting process. It resulted mainly from the idea to combine a teenage pioneering spirit with urban melancholy," says vocalist Niko Knappe. "It tells about a young person’s departure. A group of teenagers in a state of eagerness and wanderlust, waiting for a friend to set out and break away from the parental home. ‘Push the spiders downhill’ is how the lyrics end, and stands for conquering fears and overcoming obstacles. We like the playful ease of the verses and how the song merges into the stomping brass parts and chorus lines, followed by a boisterously outro part.”

A forward-thinking band that wears its influences - such as King Crimson, The Soft Machine and Still Life - proudly on its sleeve, Dark Suns formed in 1997 and, in the time since, has released four celebrated recordings, including Swanlike (2002), Existence (2005), Grave Human Genuine (2008) and 2011's aforementioned Orange, morphing from 'progressive dark metal' through to dreamlike fantastical rock, over the course of its evolution. With Everchild, Dark Suns mine the human experiences of sleep, escapism and nostalgia for subject matter, delving into the depths of these intense emotional states and pairing them with musical movements rife with exploration.

Pre-order Everchild at this location.