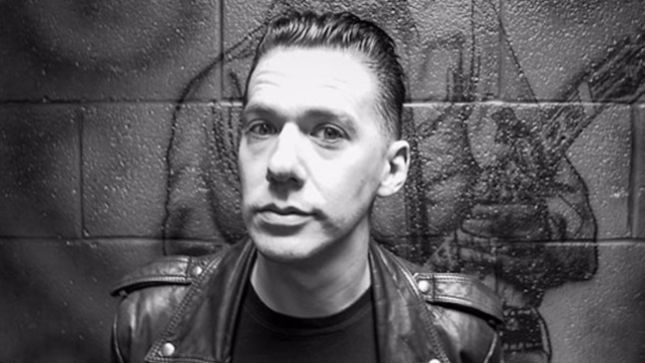 Tobias Forge, known previously as Papa Emeritus and more recently as Cardinal Copia, has been the guiding light behind Swedish rock band Ghost since its inception back in 2016. He knew exactly what he wanted the group to sound like and how he wanted them to look. In fact, he wanted to Ghost to be all the things he felt were missing in his favorite bands.

"There were a few bands in the late ‘70s and mid-‘80s," Tobias says, "where I definitely looked upon pictures and was like, ‘Aw, man. I just wish this band was better. I wish this fucking kickass image was followed by a kickass sound.’ I wanted Ghost to sound like what they should have sounded like but they didn’t."

To that end, Forge has overseen every detail of the band’s music and image and on the newest Prequelle album, the singer once again points his band of Nameless Ghouls through a series of heavy rock songs focusing on medieval themes and more specifically the Black Death. In pursuing his role as the main and only creative source for Ghost, Forge has been labeled as a band dictator, which is a title he admits he may have earned.

Forge recently spoke with Ultimate Guitar about all things Ghost. Read what he has to say about that, his love for old guitars and opening for Metallica on their upcoming European tour in 2019.

UG: You actually started out as a guitar player. Is that really what you wanted to be?

Forge: "My self-image as a guitar player of Ghost was pretty much intact until May or June 2010. My intention for the first four years writing the songs and even beginning to record the first album was to be just the guitar player and write backing vocals."

Forge: "We couldn’t find a singer. Towards the end of August when the record (debut album Opus Eponymous) was due to be mixed, that’s when I sort of accepted, 'Well, OK, my vocals on the records will stay.' It was also encouraged by Rise Above, the label at the time who said, 'Well, we signed you largely because of the sound and a large part of that sound were your vocals.' I said, 'Yeah, I guess so but that’s now how I pictured it.'"

UG: You never saw yourself playing guitar and singing?

Forge: "I have been in all my previous bands (Repugnant, Crash Diet) but that was also because no one could sing it the way I wanted to. In my first death-metal band or the first one that really got anywhere, I was very old-school in my thinking."

Forge: "I wrote songs that sounded like a mixture between Slayer, Death, Possessed and Morbid Angel. I wanted the singer of my band to sound like a mixture between Chuck Schuldiner, Jeff Becerra, and David Vincent. Since the singer we had who was also the bass player didn’t sing like that at all but sounded like Chris Barnes I was like, 'Give me that. I need to sing.'"

Ghost headlined its first sold-out arena show at the Los Angeles Forum on Novermber 16th and brought the house down. Two-hours-and-40-minutes of rock theatrics and mayhem (a two act-production with a 15-minute intermission) performed on a medieval cathedral-type set with a backdrop of stained glass windows, staircases that went to a variety of levels and platforms, shooting fire, pyro, confetti (or "Mummy dust" as Ghost refers to it), and a lighting design that was just stellar. The pacing of the show, the musicianship, and the charismatic frontman himself, Cardinal Copia, proved to be as funny and charming as he was outrageous.