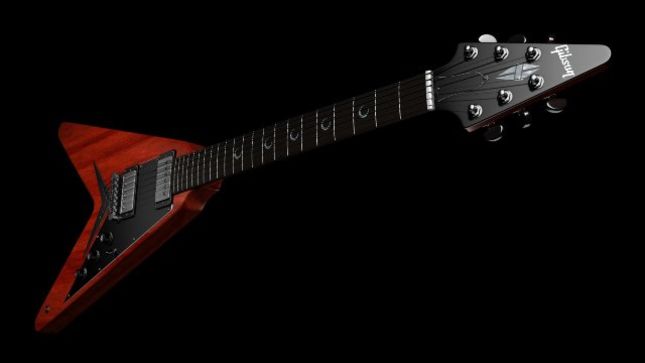 Guitar Magazine is reporting that Gibson has lost the rights to trademark the Flying V guitar body shape in a judgement handed down by the Second Chamber of the EU General Court, which declared that, “there has been no demonstration of distinctive character acquired,” by the Flying V body shape and, “that when the application for registration of the challenged mark was filed, the V-shape did not depart significantly from the norms and customs of the sector.”

The case dates back all the way to June 16th, 2010, when Gibson filed a patent application for the Flying V with the European Union Intellectual Property Office (EUIPO), which was initially granted. However in October 2014 Hans-Peter Wilfer, the owner of Warwick and Framus, challenged the registration of the mark in respect to musical instruments.

In 2016, this case was heard by the EUIPO’s Cancellation Division, and Wilfer’s complaint was upheld, declaring the mark invalid in regards to musical instruments, and declaring that, “the applicant had failed to establish the distinctive character acquired by that mark in the European Union.”

Gibson appealed and lost in 2018, and then took its appeal to the EU General Court, where a panel of three judges dismissed Gibson’s second appeal, and ordered them to pay costs.

The court also dismissed the notion that consumers only associate the V-shaped body with Gibson, declaring that, “The presence on the market of a significant number of shapes encountered by consumers makes it unlikely that they will regard a particular shape as belonging to a specific manufacturer rather than being just one of the variety of shapes characterising the market.”

Gibson Brands Inc. emerged from bankruptcy protection on November 1st, 2018. In January 2019 they hit the annual NAMM trade fair in Anaheim, CA with daily events, artist performances, Q&A’s, and new product debuts. And now, in June 2019, the company recently put Director Of Brand Experience, Mark Agnesi, in the spotlight with a controversial video in which he warns guitar builders over trademark infringement. It received major backlash from the music community and was taken down - presumably by Gibson - but as nothing on the internet is ever really gone, it has been re-uploaded in poorer quality. See below.

In the video, Agnesi warns other guitar brands, boutique or otherwise, against producing forgeries of Gibson design elements:

"To the manufacturers out there, we want you to know that you’ve been warned. People ask us a lot about forgeries and counterfeit guitars, often of lower craftsmanship coming in from overseas, but there’s some common misconceptions about what a forgery is and what trademark infringement is. Any copy of any one of those designs that we’ve named is in fact by definition a counterfeit Gibson guitar."